Home » Health News » How to lose visceral fat: Limit your intake of this ingredient to reduce the harmful belly How to lose visceral fat: Limit your intake of this ingredient to reduce the harmful belly

Visceral fat is distinguishable from subcutaneous fat because of its proximity to internal organs such as liver, pancreas and intestines. As opposed to subcutaneous fat, which lies just under the surface, visceral fat’s positioning means it can increase the risk of developing potentially life-threatening condition such as heart disease. To reduce the harmful belly fat and keep the risks at bay it is imperative to shun certain foods while upping your intake of others.

Sugar is one of the worst culprits for developing visceral fat, with numerous studies pointing to its negative impact on harmful weight gain.

Research has shown that people who eat more added sugar tend to have more visceral fat. Researchers attribute the problem to a simple sugar found in added sugar called fructose.

As medical site LiveStrong explains, simple sugars are carbohydrate molecules that contain only one or two sugar molecules and eating a lot of simple sugars can increase visceral fat.

How? According to research, large amounts of fructose can get turned into fat by the liver – this may increase visceral fat storage. 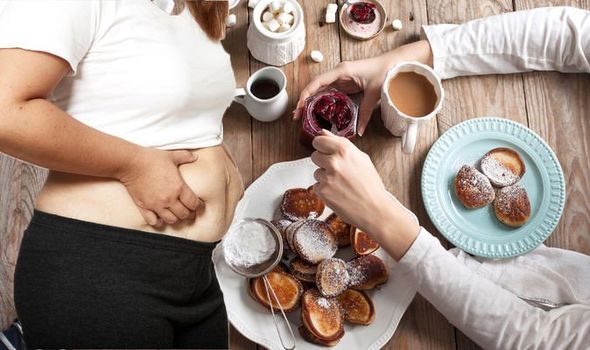 Eating too much sugar may lead to a build-up of harmful visceral fat but this also means that eating less added sugar and fructose may be an effective way to combat visceral fat.

Findings support reducing sugar intake to beat the harmful belly such as one study involving 41 children aged nine to 18.

In the study, scientists replaced fructose in their diets with starch that provided the same amount of calories.

They found that this simple change reduced liver fat by 3.4 percent and visceral fat by 10.6 percent in just 10 days.

In addition to cutting back on certain foods, studies have also shown that upping your intake of protein may aid weight loss.

Research has shown that one of the primary health benefits of eating more protein is that it suppress hunger by increasing levels of the fullness hormones GLP-1, PYY and cholecystokinin. It can also help reduce levels of the hunger hormone ghrelin.

In addition, studies have shown that protein can help boost your metabolism as well, which in turn promotes weight loss and visceral fat loss. 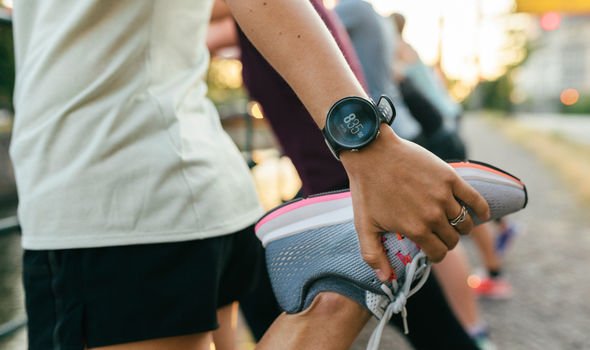 A study in 23,876 adults showed that a higher protein intake was linked to a lower body mass index, higher “good” HDL cholesterol and a smaller waist circumference, which is a marker of visceral fat.

A significant finding because HDL cholesterol removes other forms of cholesterol such as low-density lipoprotein (LDL) cholesterol from your bloodstream.

As Mayo Clinic explains, high levels of low-density lipoprotein (LDL) can eventually build up within the walls of your blood vessels and narrow the passageways.

“Sometimes a clot can form and get stuck in the narrowed space, causing a heart attack or stroke,” added the health body. 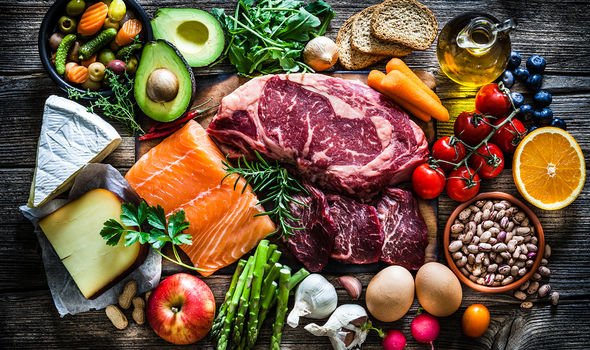 Good sources of protein include:

Exercising also plays a vital role in reducing the harmful belly fat so it is important to stay physically active to keep the risks at bay.

Harvard Health recommends engaging in moderate-intensity physical activity for at least 30 minutes per day (and perhaps up to 60 minutes per day) to control weight and lose belly fat.

It added: “Strength training (exercising with weights) may also help fight abdominal fat. Spot exercising, such as doing sit-ups, can tighten abdominal muscles, but it won’t get at visceral fat.”