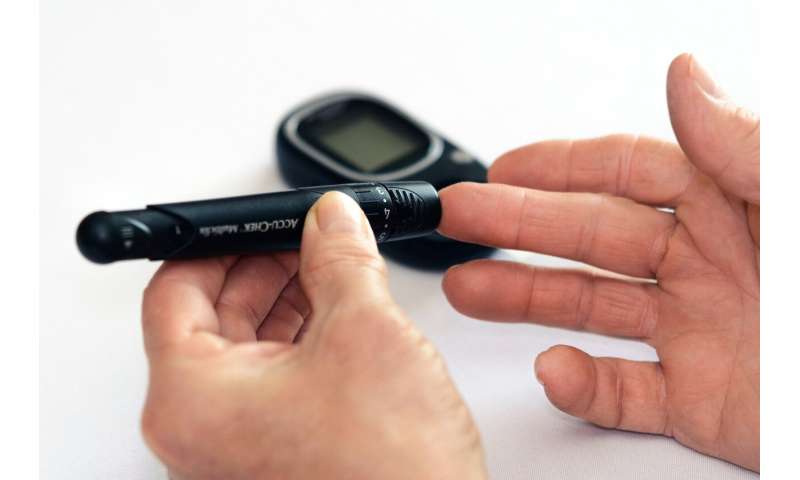 Hyperglycemia, or high levels of glucose, is common in patients with acute ischemic stroke and is associated with worse outcomes compared to normal blood sugar levels. Animal studies also pointed to an effect of high blood sugar in worsening stroke injury. Stroke experts have debated whether intensive glucose management after acute ischemic stroke leads to better outcomes but a new study in JAMA finds that aggressive methods are not better than standard approaches. The study was supported by the National Institute of Neurological Disorders and Stroke (NINDS), part of the National Institutes of Health.

“After decades of uncertainty about how to manage blood sugar in acute stroke patients we finally have strong clinical evidence that aggressive lowering does not improve patient outcome,” said Walter Koroshetz, M.D., NINDS director.

The Stroke Hyperglycemia Insulin Network Effort (SHINE) study, a large, multisite clinical study led by Karen C. Johnston, M.D., professor of neurology and Associate Vice President of Clinical & Translational Research at the University of Virginia, Charlottesville, compared two commonly used strategies for glucose control in ischemic stroke patients. More than 1100 patients underwent intensive glucose management, which required the use of intravenous delivery of insulin to bring blood sugar levels down to 80-130 mg/dL, or standard glucose control using insulin shots, which aimed to get glucose below 180 mg/dL, for up to 72 hours. After 90 days, the patients were evaluated for outcomes, including disability, neurological function, and quality of life.

The results suggested that the two treatments were equally effective at helping the patients recover from their strokes. After 90 days, about 20% of the patients showed favorable outcomes regardless of whether they were given intensive or standard treatment.

Intense glucose therapy increased the risk of very low blood glucose (hypoglycemia) and required a higher level of care such as increased supervision from nursing staff, compared to standard treatment.

The study was stopped early when a pre-planned interim analysis revealed that intensive glucose control did not improve outcomes compared to standard treatment.

“We found that the extra risks associated with aggressive treatment were not worth it,” said Dr. Johnston. “We are so grateful to the patients and research teams from across the country who helped us answer this important question. As a result of their participation, patients around the world will benefit.”

This study was supported by NINDS’ Neurological Emergencies Treatment Trials (NETT) Network, a system of research institutions dedicated to emergency medical issues, including stroke. The study was also conducted in collaboration with NINDS’ StrokeNet, which is a network of hospitals providing resources for multi-site clinical trials evaluating new therapies to treat stroke.