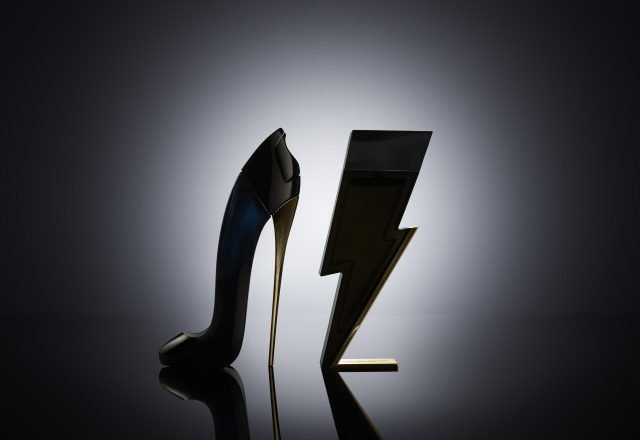 Good Girl, meet Bad Boy.
Carolina Herrera's fragrance business is booming, thanks, in large part, to Good Girl. The scent, which launched three years ago, is said to do about 300 million euros at retail annually and is growing 30 percent year-over-year in the U.S. alone. Industry sources estimate it could bring in as much as 350 million euros at retail in 2019.
With its women's portfolio going strong, Herrera's House of Fragrances is shifting its focus to the men's market, where it hopes to replicate the success of Good Girl. And what better way to start than with a Good Girl counterpart: the aptly titled Bad Boy Eau de Toilette.
"The brand Carolina Herrera is in a grand momentum," said José Manuel Albesa, president of brands, markets and operations at Puig. "We see all the pieces of the brand growing fast, whether it’s the New York CH stores and fragrances. Good Girl was a phenomenal success. We thought it was time to develop the master brand three years later."
With Bad Boy, Carolina Herrera aims to "target a new type of man with a new masculinity," said Ana Trias, senior vice president of prestige and premium brands at Puig. That target man, she continued, is "not afraid to take risks, is basing his masculinity on duality and bringing this strong and sensitive side to the fragrance world."
Neither Albesa nor Trias would discuss sales projections, but industry sources estimated that Bad Boy could do as much as 100 million euros in its first year at retail.
Bad Boy is the ninth men's fragrance in the Herrera House of Fragrances portfolio, which also includes 10 women's fragrances and a genderless line called Herrera Confidential. Bad Boy includes notes of sage, green bergamot, pepper, tonka beans, cocoa and amber wood. It will retail for 97 euros and comes packaged in a lightning bolt-shaped bottle — the sculptural alternative to Good Girl's high- heel, shoe-shaped one.
Starting this year, Bad Boy will roll out to 7,000 doors across Europe, Latin America, the Middle East and travel retail. It will be made available worldwide in 2020, mirroring the distribution strategy of Good Girl.
"These are the historic areas where we have been very strong," said Trias. "The travel retail associated to these areas is also very important for us. In some areas, it’s key for us."
The brand chose British actor Ed Skrein to be the face of the fragrance, as he embodies what Trias referred to as "modern masculinity."
" expressed this idea of men’s contradictions and embracing different facets of his life," said Trias. "We thought he was also a good alter ego for Karlie . His career and his life, the way he explains it, makes sense with this masculinity we’re looking for: strong, but emotional at the same time, sensitive."
Bad Boy, said Albesa, will play a key role in not only evening out the fragrance house's portfolio, but helping the larger Carolina Herrera brand reach its goal of becoming a billion-euro brand in the next few years.
"We are working on a new plan, which is called House of Herrera, to reach one billion euros worldwide at the end of 2023," said Albesa. "Bad Boy will help us with the objective of the brand to become a one billion brand in the next three years. We will be doing initiatives that will accompany this brand trajectory.”
More from WWD.com:
Exclusive: Camila Coelho Launches Eponymous Fashion Label
Patrick Starrr: Influencer and Influencer Manager
Source: Read Full Article