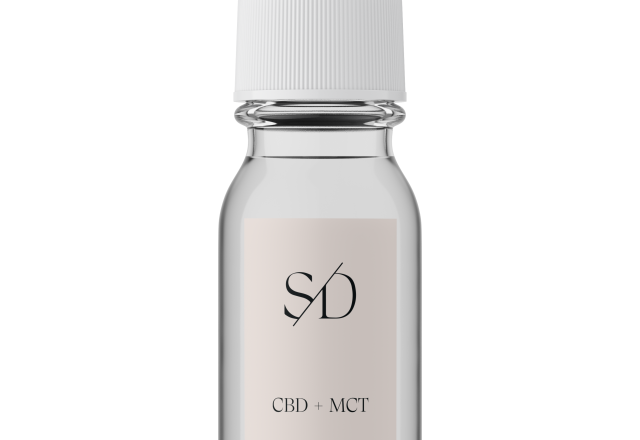 LB Equity has formed a $50 million CBD-focused fund and made its first investment — Standard Dose.
Standard Dose is a freshly launched online marketplace for CBD products, and sells tinctures, food products and beauty products that contain cannabidiol. The site also plans to double as a content hub, educating consumers on purported benefits of CBD and updating shoppers on developments in the CBD world. Right now, the site sells products from Potli, Khus + Khus, Vertly, Plant People, Ildi Pekar and other brands.
Standard Dose requires brands to submit lab-test results to confirm how much CBD is in their products, then sends the products out to labs itself to verify those results before putting them up for sale.
"Standard Dose is all about the wellness and curative aspects of CBD," said Jay Lucas, managing partner at LB Equity, clarifying that the platform will not carry products with psychoactive ingredient THC. "We see Standard Dose being the place to go for research on the industry as time develops and new applications and usages are developed — we'll be the first to all of that."
The business was founded by Anthony Saniger, who saw the opportunity to create a platform that sold vetted CBD products. Saniger happened to be working at a marketing agency at the time and was working to transition one of LB Equity's existing beauty brand investments into a CBD-oriented brand. He approached Lucas about the platform, and Lucas invested, he said.
"He said, 'it's really hard right now for small brands to get in the marketplace because they can't advertise on Facebook, they can't go on Amazon. I'd like to create a digital retail marketplace where these brands can reside and transact,'" Lucas recalled.
LB Equity has taken a significant minority stake in Standard Dose from LB Equity Emerging Growth, its new $50 million fund. The group, which had previously taken stakes in emerging beauty brands through its first $30 million fund, was fund-raising during 2018 when Lucas started noticing the CBD trend, he said.
"It just became blindingly obvious to us that the major macro trend in beauty and personal care is toward cannabis-infused or cannabis-inspired products," Lucas said. "We decided that this fund will be a fund focused not only within the umbrella concept , but within that, within cannabis."
The group at LB — which includes beauty veterans Karen Ballou, who was previously with Elizabeth Arden and Redken, and Jim Morrison, who was previously president of L'Oréal U.S. — is hoping that by the time the legal environment clears up, it'll have brands that are ready to be sold to strategic beauty buyers.
"This is a macro trend, but the large players — the L'Oréals, the Estée Lauders and the retailers — they're public companies, and not really getting involved. The reason was because of the murky legal environment. But that doesn't stop us, so we took the position that we're going to be aggressive and develop those brands… in 12 months from now, 24 months from now, the legal environment is going to clarify and when it does, the large guys are going to say, 'we've got to get in there right away,'" Lucas said. Then, he's hoping they come to LB to buy CBD beauty instead of handling the research and development themselves.
The fund plans to invest in brands with between $1 million to more than $15 million in revenue, Lucas said. It's also willing to invest in non-CBD brands and transition them into CBD brands, he noted, given how small most existing CBD beauty companies are.
Overall, LB is hoping to tap into a shift in consumer perception of cannabis — something Lucas said he noticed even during the fund-raising process. Lucas, a former Bain partner, went back to individuals at the firm for LB's second fund, and expanded that base to other high-net-worth individuals, he said.
"I've seen a tectonic change in the environment in terms of reaction or view toward cannabis in the last six to 12 months, where even the most conservative and traditional of investors were not only open to the notion of the fund being a cannabis-focused fund, but enthusiastic about it," Lucas said.
For more from WWD.com, see:
The Normalization of Cannabis
What to Watch: Cannabis-Infused Beauty Products
Authentic Brands Group Inks Deal with Cannabis Company
Source: Read Full Article