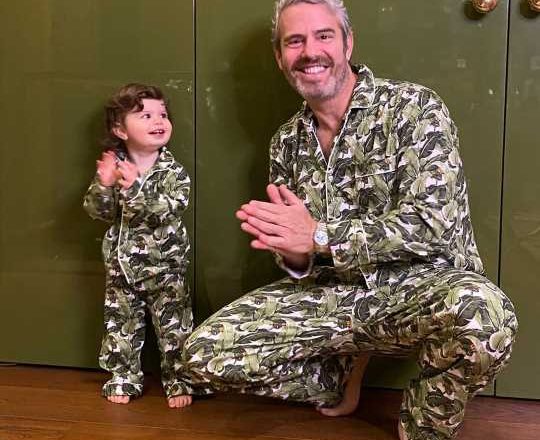 Now, Ben has someone else watching him while Cohen is at work — and the transition has "been really good," he tells PEOPLE in this week's issue.

"Things seem to be going great over at the Cooper household and things are good here — a really good transition at a moment when it's probably not the best time to have a transition," says Cohen, 51.

Cohen's initial nanny comments came earlier this month on his SiriusXM Radio Andy show, when the father of one revealed Ben's caregiver had left to help out Cooper, 52.

"I've been talking about my nanny [saying] she's leaving, that she's gonna go help out a friend, and the moment Anderson announced it I got a bunch of DMs from eagle-eared Radio Andy listeners saying, 'Wait … is that where your nanny went?' The answer is yes, that is where my nanny went," said Cohen, 51.

"We had long planned this transition, but I certainly didn't expect it to happen during a quarantine, of course," he added. "So we had to really handle this hand-off from one home to the next very carefully, but we did and she is now with Anderson and I know she's gonna get Wyatt on a great sleep schedule just like she got Ben."

"I'm so happy for Anderson," said the Bravo star. "We've been talking about this for a long time and I have been really enjoying Anderson coming over. His visits with Ben have taken on a special significance since we both knew for a while that Anderson was planning on [becoming a dad] himself."

Despite the current coronavirus pandemic, Cohen is trying to stay focused on the positives, like spending more time with little Ben and finding new activities for them to do together.

"He's walking now in a way that I can take him out on the street for walks, so that's a totally new thing," he tells PEOPLE. "I wish that I could take him to the playground, but I just can't yet — but I love taking him out on walks."

"We're madly in love," Cohen adds. "I've been trying to stay focused on benefits of the quarantine, and I've gotten to spend way more time with Ben than I otherwise would have. Just to be able to get up with him every morning and put him to bed every night, that's been incredible."

For more from Andy Cohen, pick up the latest issue of PEOPLE, on newsstands Friday.