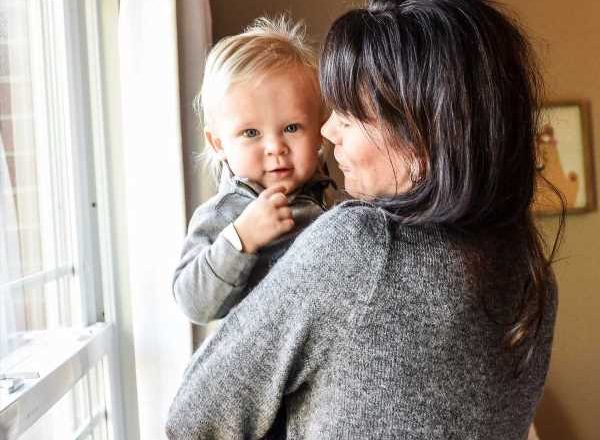 Tess Kossow‘s journey to motherhood was more difficult than most.

After a miscarriage, she conceived her son, Ferris, through in vitro fertilization by using her last viable embryo. Now the author is celebrating his birth with the publication of her first children’s book, I’m Very Ferris: A Child’s Story About In Vitro Fertilization.

“I wanted to go with something that would resonate [with little children] and get across the point of IVF,” Kossow, 36, tells PEOPLE in an exclusive interview. “It’s a rhyming book. The pictures speak a thousand words. I thought I would do this through a child telling the story, instead of having the mom or dad tell the story.”

While the book is a celebration of her son, it also acknowledges the time-consuming process that is IVF. Kossow and her husband, Dan, married in 2014. Three years later, after trying to conceive for over a year, they decided to try IVF.

“We had problems on both sides,” she says. “We were completely caught off guard that we were candidates for IVF.”

MDLNY‘s Emilia Bechrakis Serhant Writes Kids’ Book About Her Struggles with Fertility: “Finding You Was a Journey”

Without medical intervention, their chances of conceiving naturally were less than one percent. The couple were told their chances would jump to 73 percent if they pursued IVF but they were devastated when, after one of their two viable embryos implanted, Kossow miscarried. They tried again, and Kossow gave birth to Ferris in April 2018. A few months later, she started an infertility blog and began planning a book series to explain IVF to children.

Kossow hopes to educate and encourage parents-to-be. She also wants to dispel misinformation about infertility and miscarriage. Specifically, she wants women who have miscarried to know, “It’s not your fault. There’s nothing you could have done,” she says.

“I’ve come to realize from firsthand experience just how in depth pregnancy is,” Kossow continues. “And how much it truly can be a miracle to carry a baby and to deliver a baby, and have a healthy baby.”

For Kossow, the biggest struggle with IVF was “the consistent risk of the unknown.” She says the experience took a toll on her physically, and strained her marriage on an emotional and financial level.

Tyra Banks Shares Her Heartbreaking Journey to Motherhood: “I Was Constantly Living on Edge”

Despite her struggles, Kossow wants to show prospective parents that a successful pregnancy is possible. And, with her book, Kossow wants to teach children who are conceived through IVF that they are “completely normal.”

Now 19 months old, Ferris loves listening to music and has his mom’s “sass and spunk,” Kossow tells PEOPLE. (His name means “best choice,” because he was “the best choice embryo Dan and I had,” she explains).

“He’s just so much fun. I can’t believe that I actually did this,” the author says. “Often Dan and I will say, ‘We made him. We had some help, but we made him.’ “

I’m Very Ferris: A Child’s Story About In Vitro Fertilization is on sale now at amazon.com.