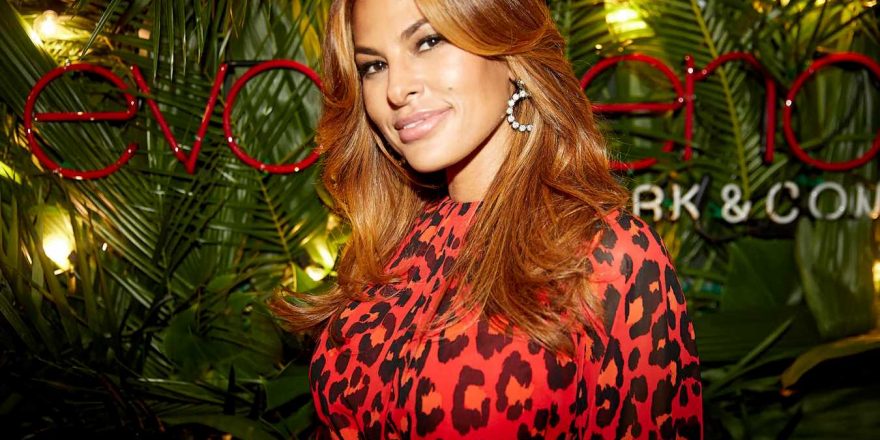 With five years of motherhood under her belt, Eva Mendes has learned a few genius mom hacks along the way.

In a chat last week with PEOPLE at the launch of her upcoming New York & Company collection in Los Angeles, the actress and mom to daughters Amada Lee, 3½, and Esmeralda Amada, 5, revealed that her girls are still into “a lot of art” as a hobby around the house.

“We have art everywhere, as far as tools and utensils. We have paper everywhere,” said Mendes, 45, of her home life with Amada, Esmeralda and their dad: Mendes’ longtime beau Ryan Gosling.

As with most young children into drawing, painting and the like, their activity of choice can create quite the mess. But the mother of two has it covered.

“The other day, I just put paper all over the floor — I taped it with painters tape, so the whole floor was like a big canvas of paper,” she recalled. “They were just like, ‘Yes!’ … It’s really fun!”

The Other Guys actress has talked in the recent past about her daughters’ love for art — and she’s a big fan of letting them play around, even if it means their clothes get dirty in the process.

“They’re at fun ages, but they’re still just babies,” Mendes told PEOPLE in March. “We go through a few outfits a day, again, just because of all the fun stuff — we made some homemade Play-Doh the other day.”

“I really let them explore, whether it’s out in the garden or even in our own kitchen,” she added of her daughters. “I give them a lot of things so they can have sensory play. So they’re constantly getting dirty, which is great and which is how it should be.”

However, “Now that we’re getting out of the toddler phase, I’m excited to not wear paint all over me, or food all over me,” she told PEOPLE in September. “But we still have a 3-year-old.”

In the meantime, the Hitch actress is keeping her eyes peeled for “that special project” now that her daughters are getting older.

“They’re starting school and so I’m feeling like I finally have a little time to myself. But also, I’m starting to find that ambition again that I lost a little bit,” she told PEOPLE on Thursday. “I was fine with losing it, it was a natural thing, but it transferred — the ambition was in the home.”

“I’m still in the home, but I’m getting more of that call to work again,” Mendes shared. “That’s exciting because it’s happening naturally. It’s exciting to feel that again.”