Home » Family Health » Home Stretch! Pregnant Jodie Turner-Smith Bares Her Baby Bump in the Sunshine Ahead of Due Date 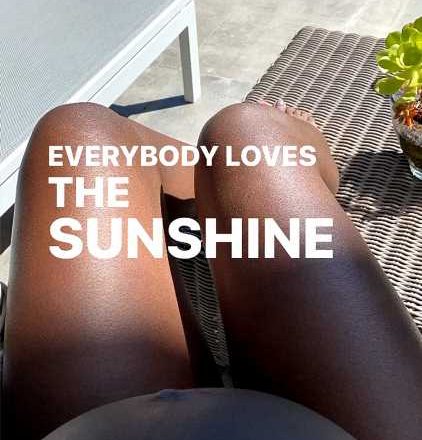 Home Stretch! Pregnant Jodie Turner-Smith Bares Her Baby Bump in the Sunshine Ahead of Due Date

Jodie Turner-Smith is soaking up some rays ahead of the birth of her first child.

The pregnant Queen & Slim actress, 33, and her husband, Joshua Jackson, are practicing social distancing amid the novel coronavirus spread, but that didn’t stop her from enjoying the warm sunshine.

On Sunday, Turner-Smith shared a photograph of herself on her Instagram Story in what appeared to be the couple’s backyard, lounging on a wicker seat near a pool. Her belly was the focus, completely bared for the shot.

Set to Roy Ayers’ "Everybody Loves the Sunshine," the photo was preceded by a video of blue skies and palm trees, with a light breeze rustling the leaves.

“Have a beautiful day from wherever you are practicing social distancing,” Turner-Smith wrote atop the clip, later posting a Story imploring others to “please [not] crowd beaches & hiking trails.”

In a March 12 interview with Access surrounding his new Hulu series, Little Fires Everywhere, Jackson revealed that the couple’s baby girl was due to make her arrival in “19 days.”

The soon-to-be dad, 41, also opened up about when they found out that they would be having their first child together, telling Access that they took the pregnancy test together.

“Mother Nature kind of told us. We found out together,” Jackson explained. “We kind of had an inkling, [because] cycles change.”

The Dawson’s Creek alum called the pregnancy “the most joyous moment” of his life, recalling, “[Jodie] was working out of town and I asked her to hold off on taking the test so we could do it together. So we found out together.”

Earlier this month, Turner-Smith confirmed that she and Jackson would be having a baby girl, sharing the sweet news on International Women’s Day with a video of their unborn daughter “dancing” around in her stomach.

Jackson told Access he had a hunch it would be a girl before it was confirmed by doctors. “My family doesn’t really have boys, so I knew,” he quipped, revealing that his extended brood was “85 to 90 percent female.”

PEOPLE confirmed in December that Jackson and Turner-Smith (who “met at a charity event for the Parkland kids,” the actor told Access) had tied the knot, after the couple stepped out wearing rings the previous month and appeared to pick up a marriage license in Beverly Hills, California, in August.

The Affair actor and Turner-Smith first sparked romance rumors after being spotted together grabbing lunch — and holding hands — in November 2018.

As information about the coronavirus pandemic rapidly changes, PEOPLE is committed to providing the most recent data in our coverage. Some of the information in this story may have changed after publication. For the latest on COVID-19, readers are encouraged to use online resources from CDC, WHO, and local public health departments and visit our coronavirus hub.