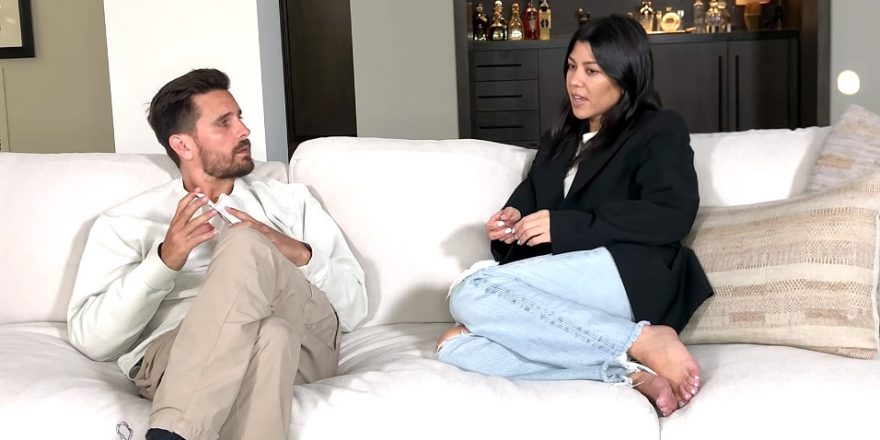 In a new video for her lifestyle brand Poosh, posted Monday, the Keeping Up with the Kardashians star and her ex sat down to talk about how they harmoniously co-parent their three kids together: Reign Aston, 4, Penelope Scotland, 6½, and Mason Dash, 9.

One secret to their success? Therapy sessions that the exes began attending together when Disick, 35, began seeing girlfriend Sofia Richie.

“I think the hardest part [of co-parenting] was when we both started new relationships,” said Kardashian, 40, who previously dated Younes Bendjima before they split this past August. ” ‘Cause that caused fights between you and I about introducing the kids.”

“It’s one of those things you don’t think is ever gonna happen,” agreed Disick.

“We had to literally go to therapy to talk … to even get through … to be able to communicate together,” Kardashian recalled.

The former couple’s disagreements were chronicled during KUWTK last season, when Kardashian tearfully confided in sister Kim Kardashian West after hearing Disick had introduced their kids to Richie, 20, without her consent.

“I think it’s just more of a principle thing — that they made this rule and they’ve been going to this co-parenting therapy together,” said Kardashian West, 38. “I definitely want to be there to support Kourtney and Scott, but it’s just kind of their thing and I don’t get involved.”

Disick, meanwhile, sought advice from Kris Jenner and told her they had agreed to hold off on the introduction until after the holidays — so technically, his timing was legitimate.

Jenner pointed out that the situation was slightly unfair considering Kardashian had already introduced her then-boyfriend Bendjima, 25, to the kids. “I don’t understand why she can introduce her boyfriend to the kids but you can’t introduce your girlfriend,” she said. “She’s my daughter and I don’t want to go against her, but I see your point, too. So I would just ask, ‘Why isn’t it mutual?’ “

“You know her. She never has any reason,” said Disick. “She does whatever the f— she wants.”

But Kardashian wasn’t backing down — and eventually, Disick apologized to her, saying on the show, “I truly do not want Kourtney to hurt about anything” and that while he wasn’t “looking to make this any harder,” his “biggest mistake was not being as clear as possible.”

“The thought of my kids being introduced to another woman and having somebody in their lives, I think it’s hard for me and hard for them,” Kardashian said on KUWTK. “There’s a lot going on for them and I know that it can be confusing. It makes me upset, especially because we sat in front of a therapist, we said what we thought was best for the kids. We felt like a lot of changes have been made lately and that this wasn’t the best time.”

But the exes have found their stride after over a decade of love and friendship. They now take trips together as a family, and Kardashian has even gone on vacation with Disick and Richie.

“I think other people think if they were in [our] position, they couldn’t do it. And I don’t think a lot of people are probably strong enough to do it,” Disick said in Monday’s Poosh video. “And it’s not the easiest thing for us, but the fact that we’ve tried and we made it work makes life that much better.”

“I couldn’t imagine raising three children with somebody I couldn’t speak to every day,” he added.