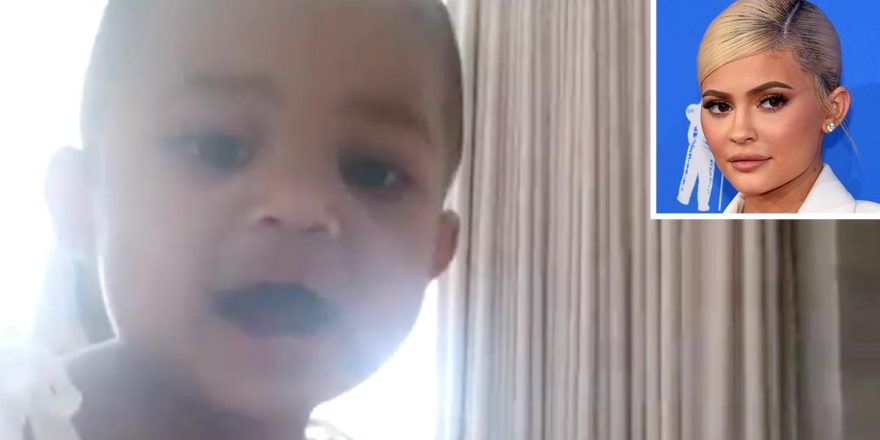 Kylie Jenner is on the mend — and her daughter Stormi Webster is by her side!

Shortly after giving her fans some good news about her health, the Kylie Cosmetics mogul, 22, posted a sweet clip of her 19 month-old daughter.

In the adorable video, which was shared without any sound, Stormi can seemingly be seen planting a kiss on her mother (who’s behind the camera) before playfully pulling back and sticking out her tongue.

The proud mom captioned the clip with a variety of kissy face emojis as well as a red heart.

On Wednesday, Jenner shared on Twitter that she would be skipping her scheduled appearance at Balmain’s Spring 2020 fashion show — where she was to serve as the Artistic Director of Makeup — in Paris as she was “really sick and unable to travel.”

“So as you know, I was getting ready to go to Paris for the Balmain show at Paris Fashion Week for the launch of my makeup collab with Olivier [Rousteing],” the Keeping Up with the Kardashian star wrote. “Unfortunately, I’m really sick and unable to travel. I’m heartbroken to be missing this show, but I know that my amazing team, and my friends who are in town for the event, will help me be there in spirit.”

Fortunately, Jenner returned to Instagram on Friday to tell fans that she’s on the mend.

“Alright, so before I get into this into this, I just want to stay thank you guys so much for all the well wishes, to my friends, to my followers,” the star said on her Instagram Story, before previewing her Kylie Cosmetics x Balmain makeup collection, which was released later that day.

Jenner added: “I really appreciate it. I’m feeling so much better.”

Before canceling her trip to Paris the star reportedly checked into a Los Angeles hospital with flu-like symptoms.

The makeup mogul was experiencing “a very painful throat and fever for several days and that’s why she was hospitalized,” a source told PEOPLE.

News of Jenner’s illness came shortly after an insider told PEOPLE that Jenner missed the Emmys because she was feeling sick. She was scheduled to appear alongside sisters Kendall Jenner and Kim Kardashian West as they presented the award for outstanding reality TV series.