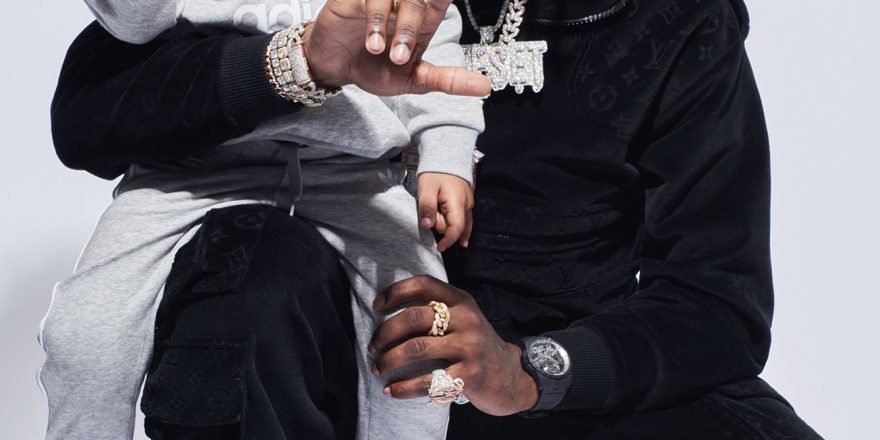 Offset has grown up a lot in the decade since he first became a father.

In a cover story for Haute Living, the Migos rapper opened up about how much he’s learned about being a parent since he welcomed his first child when he was 17.

“The journey of fatherhood was kind of tough for me at first,” Offset. 27, told Haute Living for his new cover story. “I was trying to find myself. I didn’t have much direction on what it meant to be a father.”

“I definitely made some mistakes, but I have no regrets,” he continued, adding that things were especially difficult when his children were littler and he had to spend time away from them while performing across the country.

“It’s challenging when you have a career like this and you’re constantly on the road. It makes it tough to see your kids, especially when they’re young,” Offset explained. “Now that I’m older, though, I’m learning my way.”

Offset welcomed daughter Kulture Kiari, 7 months, alongside wife Cardi B — with whom he recently reconciled — last July. The rapper (who was born Kiari Cephus) also has three children from previous relationships: sons Jordan and Kody, plus daughter Kalea Marie.

In a sweet show of just how much his kids look up to him, Offset’s “mini-me” son Kody, 3, joined his dad for the Haute Living photo shoot, and at one point adorably remarked, “I want to wear a chain like Daddy!”

Addressing the steep learning curve of being a parent, Offset (who wears Roger Dubuis on the cover and inside the cover story) shared that “us fathers don’t always take the best routes.”

“I feel that pain. Hearing you’re a bad father is the worst thing you can hear, and people throw that around so much. It’s like someone spitting in your face,” he lamented. “But my children are everything to me.”

In fact, the rapper’s children are so important to him that he actually has all of their names tattooed on his body.

He went on to share that one of the upsides to the fact that his children are getting older is that he can take them on the road with him now, which Offset described as “amazing.”

“Whenever I get a few days, I bring them with me because I need to spend that time with them,” he explained, adding that “the influence you have on your kids is incredible, so you have to be very aware of the example you’re setting and make sure you’re influencing them in the right way because they watch you.”

While Offset does think it’s important to set a good example for his children, he doesn’t want to force them to follow in his footsteps.

“My kids are very entertaining. They already want to entertain everyone around them. I just want them to have a choice — I don’t want to force them into anything,” he insisted.

“So I never tell them what to do. I just want them to be kids,” he continued. “And that’s the best thing about it — inspiring your kids, and being inspired by your kids.”

Speaking a little bit about his first solo album, which will be released on Feb. 22, Offset shared that discussions of fatherhood play a large role in the release.

“I talk about my transition from a young age until now — about being a more focused human being and leveling up to become a better person,” he told Haute Living. “I go into depth with many different topics, a big one being fatherhood and my four kids.”

Of course, that’s not all the rapper has in his future. “Aside from my album, I have a baby line coming out — it’ll be fashionable but affordable, and I’m focusing on little boys because I feel like there’s not enough of that out there in the market right now,” he revealed.