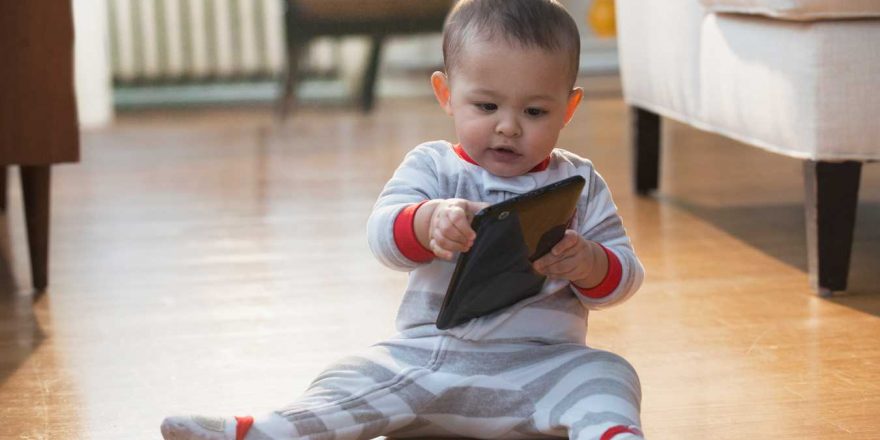 New guidelines from the World Health Organization are advising parents against exposing their children age 1 and below to screens — in any capacity.

Giving recommendations for “sedentary time” in infants younger than 1 year old, the group says “Screen time is not recommended” and instead, “when sedentary, engaging in reading and storytelling with a caregiver is encouraged.”

In addition, for kids between the ages of 1 and 2, “sedentary screen time (such as watching TV or videos, playing computer games) is not recommended.”

With children aged 2 to 4, “sedentary screen time should be no more than 1 hour; less is better,” the WHO advises, encouraging caregivers to be “engaging in reading and storytelling” instead, just as in younger age groups.

Kids Under 2 Spending More Than Twice the Time in Front of Screens Versus 20 Years Ago: Study

Some experts disagree in part with the new guidelines, like the director of research at the Oxford Internet Institute at the University of Oxford, Andrew Przybylski, who opined to TIME that “not all screen time is created equal” and said the WHO’s advice “focuses on quantity of screen time and fails to consider the content and context of use.”

Dr. Max Davie, the college’s Officer for Health Improvement, told TIME, “Our research has shown that currently there is not strong enough evidence to support the setting of screen time limits,” adding, “The restricted screen time limits suggested by WHO do not seem proportionate to the potential harm.”

Recommendations from the American Academy of Pediatrics say that the only screen time they advise for children younger than 18 months to 2 years old is video chatting. For ages 2 to 5, they encourage no more than one hour “of high-quality programming” per day, strongly encouraging parents to watch with their children and “[re-teach] in the real world what they just learned through a screen.”

The AAP also recommends limiting background digital media (such as a TV on during dinner), as well as screen-powered devices in bedrooms, at mealtimes, during social events, etc.

The new WHO guidelines come almost three months after a study published in JAMA Pediatrics found that “Excessive screen time has been associated with various negative outcomes, including cognitive delays and poorer academic performance” in children.

Conducted in part by University of Calgary assistant professor of psychology Sheri Madigan, the research process looked at the electronic-device habits of almost 2,500 women and their children, who were aged 2 to 5.

The mothers reported their kids’ computer and television habits throughout the three-year timeframe, as well as answered questions surrounding their development, social relationships and behaviors. Researchers then compared the data from ages 2, 3 and 5 to find patterns.

On average, the study saw children having two to three hours a day of screen time, which was linked with the aforementioned negative performance outcomes.

The following month, another set of research published in the JAMA Pediatrics journal reported that kids and babies under age 2 are spending more than double the time in front of screens today than they did in the late 1990s.

For the purposes of the study, parents in 1997 and 2014 logged the amount of time their kids spent in front of a screen and the results showed that compared to about 1.32 hours per day in 1997, children under the age of 2 in 2014 were having around 3.05 hours of screen time a day.

According to GMA, the study noted that most of that time was spent watching TV as opposed to interacting with a digital device, such as a smartphone or tablet.