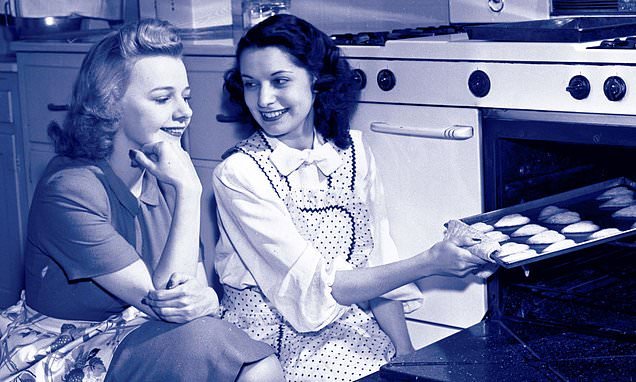 10 reasons you don’t need a shrink to be happy

10 reasons you don’t need a shrink to be happy: Including how baking can relieve stress, knitting can beat depression and music can bring pleasure

Britons with mental health conditions could face delays of up to a year before accessing professional help, according to new research. But studies show that many enjoyable leisure activities are just as effective as psychotherapy or medication, especially if they involve exercise. This generates a surge of new neurons in the hippocampus, the area of the brain responsible for emotion, say researchers at King’s College London.

Playing football boosts self-confidence and happiness. A 2017 Scottish study found that playing the beautiful game boosted mood and self-confidence in psychiatric patients due to the competitive element which, researchers say, encourages confidence.

Knitting twice weekly eases stress, low mood and anxiety, according to a review of 15,000 people. It distracts us from mental or physical pain, evoking a state of relaxation that also lowers blood pressure. 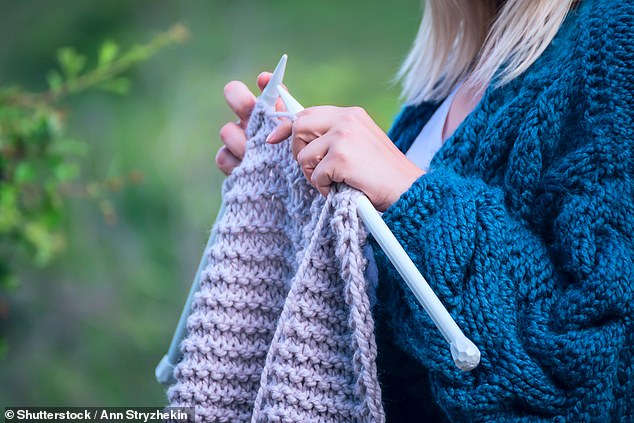 Knitting (pictured) twice weekly eases stress, low mood and anxiety, according to a review of 15,000 people

4 YOU’RE HEALTHIER AMONG THE WEEDS

Studies show that gardening reduces suicidal thoughts in those with depression by up to 20 per cent.

7 WALKING TO WORK STOPS YOU OVER-THINKING

Walking to work instead of driving lowers depression risk, say Stanford University researchers, whose study concluded that drivers regularly stuck in traffic for 90 minutes or more had greater incidence of worrying and rumination than pedestrians.

Baking a cake or preparing dinner for a loved one increases happiness, a study of 650 people in Australia discovered. Baking is thought to be beneficial due to the ‘mindful’ actions involved, such as measuring ingredients, that distract from troubling thoughts. 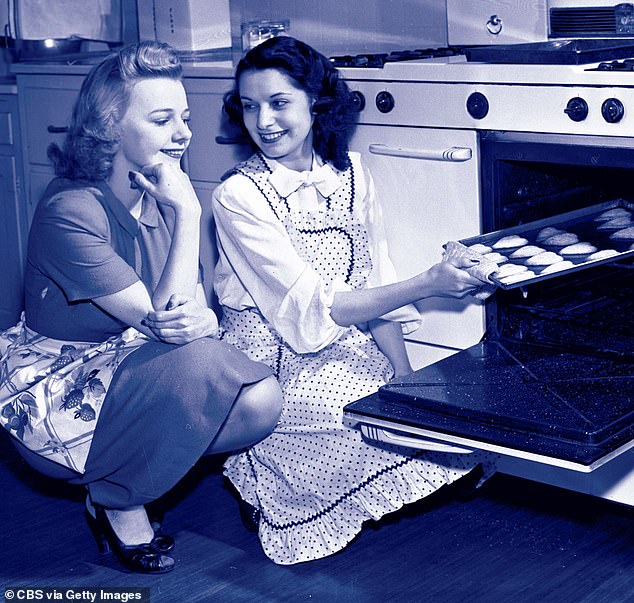 Baking a cake (pictured) or preparing dinner for a loved one increases happiness, a study of 650 people in Australia discovered

9 A FURRY FRIEND MAKES YOU HAPPY

People who live alone have a better quality of life if they have a pet. A review of 17 studies in BMC Psychiatry found a surge in neural activity related to happiness in pet owners’ brains when they stroked or talked to the animals. It’s all down to oxytocin, the so-called ‘love hormone’ that promotes bonding.

Joining a choir or listening to live music can arouse feelings of euphoria as it triggers the release of a ‘reward’ hormone in the brain known as dopamine. Young music fans who frequently listened to music they enjoyed were less likely than non-music fans to be diagnosed with a mental health condition, according to an Australian study.