Home » Health News » 2018 was a big year for legal pot: Here are some highlights 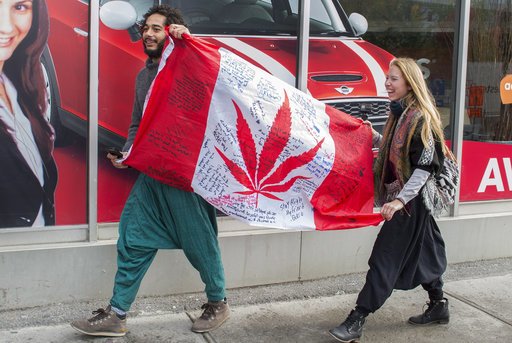 2018 was a big year for legal pot: Here are some highlights

The move sent a chill through the nascent legal industry. But ultimately it had little impact because federal prosecutors around the country showed little interest in going after legal operators.

Sessions, a staunch marijuana opponent, later lost his job and the cannabis industry thrived in a hugely significant year for the legal pot movement, in the United States and beyond.

Here are some highlights:

— Jan. 22: Vermont’s Legislature legalizes recreational marijuana. It’s the first time a state legislature, rather than voters, approved such a law.

— July 19: A Canadian company, Tilray Inc., is the first marijuana business to complete an initial public offering on a major U.S. stock exchange, raising $153 million as it began trading on the Nasdaq exchange.

— Oct. 17: Canada legalizes marijuana use for people 19 or older in most provinces. It’s the second country after Uruguay to legalize marijuana, and its First-World nation status adds greater credibility to the global marijuana marketplace.

— Oct. 31: Mexico’s Supreme Court rules individuals can use marijuana under their right to decide their own recreational activities. The decision puts the country a major step closer to broad legalization.