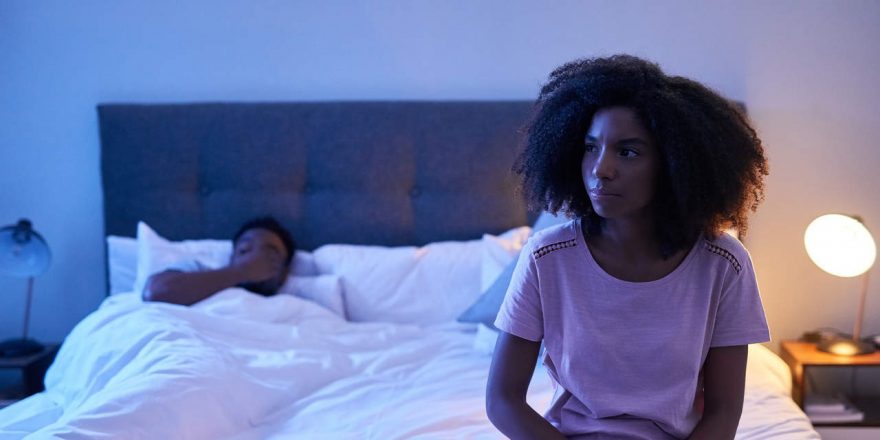 Getting up to urinate frequently at night could signal a serious health problem: high blood pressure.

According to preliminary research—presented at an annual meeting of the European Society of Cardiology—salt intake and high blood pressure, also called hypertension, are both linked to an increased number of trips to the bathroom made when you should be sleeping. “Our study indicates that if you need to urinate in the night—called nocturia—you may have elevated blood pressure and/or excess fluid in your body,” study author Satoshi Konno, MD said in a press release.

If you consume too much salt, your body might retain fluid. This fluid retention is associated with high blood pressure, and it could mean you have to pee more in the middle of the night.

But hypertension isn’t the only potential cause of nocturia. Below, you’ll find three more potential reasons you’re spending too much time in the bathroom when you should be in bed.

You produce more urine at night than other people

A condition called nocturnal polyuria could be the reason you can’t sleep through the night without a bathroom break. “Nocturnal polyuria is a syndrome where the usual day to night ratio of urine production is altered,” according to a report from the American Society of Nephrology. Patients with nocturnal polyuria produce more than 33% of their daily urine output at night, the report says. Congestive heart failure, neurologic diseases such as Parkinson’s and Alzheimer’s, chronic kidney disease, and obstructive sleep apnea are some conditions that can lead to nocturnal polyuria.

Some people end up urinating frequently during the night because they simply wake up more often than they should. Because they’re waking up more frequently, they’re going to the bathroom more frequently—but this doesn’t necessarily have anything to do with their bladder health. “Typically in these cases, it is not the need to void that awakens them,” according to Cleveland Clinic.

What to do if you're waking up to pee too often

If you find yourself losing sleep because of nocturia, talk to a doctor about potential causes. Urgent issues like infections will need to be treated. You might be asked to keep a “fluid and voiding diary.” This entails keeping a record of everything you drink and every time you have to go to the bathroom; the diary can help your doctor figure out what might be causing your nocturia.

Treatment for nocturia might involve curing whatever ailment has led to the condition instead of curing the condition directly. If high blood pressure is causing your nocturia, for example, your doctor might recommend watching your salt intake or being more physically active.

If there’s no underlying condition to address, a few simple lifestyle tweaks might help resolve your nocturia. Neil Grafstein, MD, an assistant professor of urology at New York City’s Mount Sinai Hospital previously told Health that cutting back on the booze you drink when it’s almost bedtime could put your nocturia symptoms to rest.

Additionally, drinking more water during the morning hours than in the evening could help. Lastly, cutting back on coffee might do the trick because caffeine irritates your bladder. We know this isn’t the news you wanted to hear, but there’s a possible silver lining: Maybe if you’re getting better sleep you won’t require as much coffee?