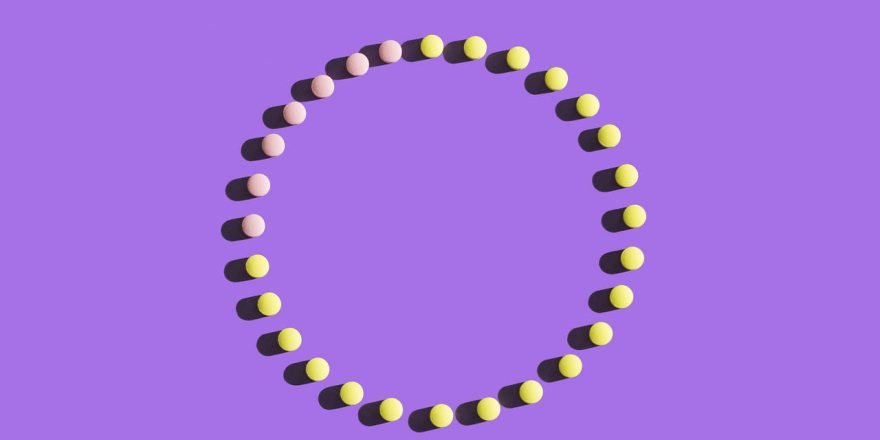 Ever since birth control pills were FDA-approved in 1960, elements of mystery and danger have surrounded this first-ever oral contraceptive. As a result, many women still don’t have a clear understanding of how the pill works and what it does and doesn’t do.

Worse still is that many women have been discouraged from taking birth control pills based on advice from family members, friends, and even doctors who don’t believe or comprehend the science behind them. Women are often told that the pill has horrible side effects—including weight gain and long-term infertility—that simply haven’t been proven through research.

Health spoke to reproductive health specialist Sophia Yen, MD, to get to the bottom of the myths. Dr. Yen is the founder of Pandia Health, a California-based birth control mail service (the only such service led by a female practicing reproductive health doctor).

Dr. Yen says that “anti-birth control sentiment” is still alive and well today. “It’s becoming even more crazy with the current administration,” she says. Dr. Yen adds that when faced with strong statements about the supposed dangers of birth control “we need to ask, ‘Where is the data?’” These four frequently circulated lies about birth control are the ones Dr. Yen hears all the time—but have no basis in reality.

Birth control pills will cause you to gain weight

Actually, women who don’t take birth control pills will gain more weight, Dr. Yen says. The reason? Periods cause bloating, which makes the number on the scale rise every 28 days or so.

Dr. Yen cites a published review of research, which concludes that combination birth control pills (meaning they contain both estrogen and progestin) have not been found to cause weight gain. “Concern about weight gain can limit the use of this highly effective method of contraception by deterring the initiation of its use and causing early discontinuation among users. However, a causal relationship between combination contraceptives and weight gain has not been established,” the review states.

If you take them, you’ll be infertile forever

Dr. Yen says the reason this myth gets circulated has to do with a hormone disorder called polycystic ovary syndrome (PCOS). Up to 10% of women have PCOS, yet women don’t always know they have it because of a lack of public awareness of the condition. If you go off the pill and have a hard time getting pregnant, there’s a good chance you can blame PCOS, which makes conceiving difficult.

However, “it has nothing to do with the birth control” pill, Dr. Yen says. In fact, if you don’t have PCOS and are otherwise healthy, you might conceive as early as one week after coming off birth control pills, she adds.

If you do have PCOS, you’ll actually be most fertile right after you stop taking birth control pills. This is because the pill works by regulating hormones, which are out of whack if you have PCOS. The more time that passes after you go off the pill and no longer get that hormone regulating effect, the less likely you are to get pregnant. “For the women [with] polycystic ovarian syndrome, the most fertile time is right after they come off birth control. Now is the time to get pregnant. Don’t wait,” Dr. Yen says.

It’s unsafe to not bleed every 28 days

This myth goes all the way back to when birth control pills were developed. The scientists behind it wanted the pill to be approved by the Catholic church. They suspected, however, that the church would only be okay with it if women on the pill had a cycle that mimicked the natural female cycle, with a monthly period. So they built in a “period” week of placebo pills that would cause women to bleed. It wasn’t technically a period, however, and there was no medical reason for it.

Not only is it not necessary for women to menstruate every 28 days, but skipping periods used to be the norm. “In our natural state, we have 100 periods in our lifetime. Now, [women are having] 350 to 400 periods,” says Dr. Yen. Many factors have contributed to this increase. Women of previous generations had far more children than women tend to have today, and they started having kids at a much younger age. They also didn’t eat as well as we do today; how much nourishment you get affects the number of periods you have. “We were supposed to be incessantly pregnant or breastfeeding. Now, we’re incessantly bleeding [instead],” Dr. Yen says.

Dr. Yen notes that some women believe that having a monthly period helps their body get rid of toxins. “Aren’t there toxins in my body that I have to release?” women ask her. The answer is no. If you’ve decided against having kids for the moment, there’s nothing unsafe about choosing a birth control method that allows you to skip your period altogether.

If you’re a woman alive in 2019, you’ve almost certainly been warned about the horrible side effects of birth control pills. But what you should have been hearing is that birth control pills are a safe, effective way to manage your lifestyle, Dr. Yen says.

In fact, birth control pills can help with a number of medical issues. The pills help patients who are diabetic or suffer from seizures. Stable hormonal activity will improve these conditions, Dr. Yen says. She adds that the pill can benefit some women who are depressed. Again, regulated hormones can do a lot for you.

This isn’t to say that birth control pills are the perfect answer for every woman or every condition. But what we do know is this: If someone has blamed a health problem on your birth control pills, there’s a good chance that they too have been misinformed. “You’re like, ‘Oh, it’s the birth control.’ [But] these are hard things for non-scientific people to look at,” Dr. Yen explains.

While we know birth control pills are safe and effective, it can’t hurt to share any concerns about your prescription with your ob-gyn. It’s probably in your best interest to consult someone who specializes in reproductive health as opposed to a primary care doctor.