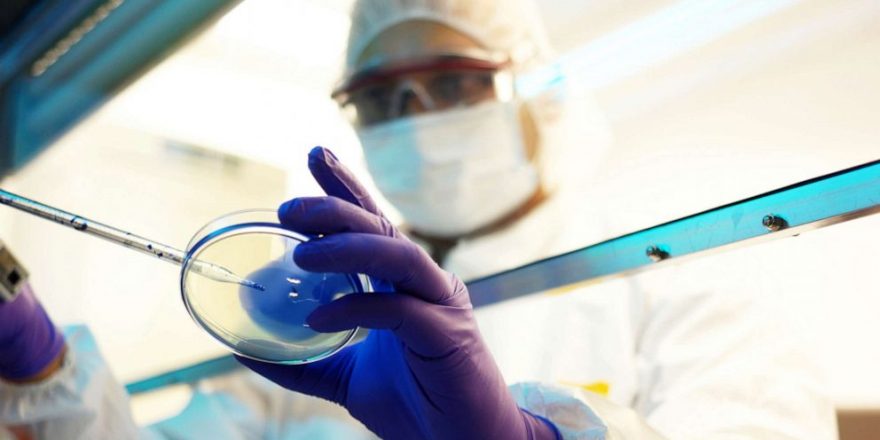 The United Nations has called antimicrobial resistance a “global crisis.”

With the rise in superbugs across the globe, common infections are becoming harder to treat, and lifesaving procedures riskier to perform. Drug-resistant infections result in about 700,000 deaths per year, with at least 230,000 of those deaths due to multidrug resistant tuberculosis, according to a groundbreaking report from the World Health Organization (WHO).

Given that antibiotic resistance is present in every country, antimicrobial resistance (AMR) now represents a global health crisis, according to the UN, which has urged immediate, coordinated and global action to prevent a potentially devastating health and financial crisis.

With the rising rates of AMR — including antivirals, antibiotics, and antifungals — estimates from the WHO show that AMR may cause 10 million deaths every year by 2050, send 24 million people into extreme poverty by 2030, and lead to a financial crisis as severe as the on the U.S. experienced in 2008.

Antimicrobial resistance develops when germs like bacteria and fungi are able to “defeat the drugs designed to kill them,” according to the Centers for Disease Control and Prevention. Through a biologic “survival of the fittest,” germs that are not killed by antimicrobials and continue to grow. WHO explains that “poor infection control, inadequate sanitary conditions and inappropriate food handling encourage the spread” of AMR, which can lead to “superbugs.” Those superbugs require powerful and oftentimes more expensive antimicrobials to treat.

Examples of superbugs are far and wide, and can range from drug-resistant bacteria like Pseudomonas aeruginosa and Staphylococcus aureus to fungi like Candida. These bugs can cause illnesses that range from pneumonia to urinary tract and sexually transmitted infections. According to the WHO, AMR has caused complications for nearly 500,000 people with tuberculosis, and a number of people with HIV and malaria.

The people at the highest risk for AMR are those with chronic diseases, people living in nursing homes, hospitalized in the ICU or undergoing life-saving treatments such as organ transplantation and cancer therapy. These people often develop infections, which can become antimicrobial-resistant, rendering them difficult, if not impossible, to treat.

The CDC notes that “antibiotic resistance has the potential to affect people at any stage of life,” including the “healthcare, veterinary, and agriculture industries, making it one of the world’s most urgent public health problems.” AMR can cause prolonged hospital stays, billions of dollars in healthcare costs, disability, and potentially, death.

“The most important thing is to understand and embrace the interconnectedness of all of this,” said Dr. Robert Redfield, director of the CDC, in a recent interview with ABC News’ Dr. Jennifer Ashton. It’s not just our countries that are connected.”
Research has shown that superbugs like Candida auris “came from multiple places, at the same time. It wasn’t just one organism that [evolved]” in a single location, Redfield added.

Given longstanding concerns about antimicrobial misuse leading to AMR, physicians have embraced a medical approach called antibiotic stewardship. This encourages physicians to carefully evaluate which antibiotic is most appropriate for their patient, and discontinue it once it is no longer medically needed.

WHO has also highlighted that the inappropriate use of antimicrobials in agriculture — such as on farms and in animals — may be an underappreciated cause of AMR.

Noting these trends, the WHO has urged for “coordinated action…to minimize the emergence and spread of antimicrobial resistance.” It urges all countries to make national action plans, with a focus on the development of new antimicrobial medications, vaccines, and careful antimicrobial use.

Redfield emphasized the importance of vaccination during the global superbug crisis, stating that “the only way we have to eliminate an infection is vaccination.” He added that investing in innovation is key to solving the crisis.

While WHO continues to advocate for superbug awareness, they warn that AMR has reversed “a century of progress in health.”

The WHO added that “the challenges of antimicrobial resistance” are “not insurmountable,” and that coordinated action will “help to save millions of lives, preserve antimicrobials for generations to come and secure the future from drug-resistant diseases.”

Dr. Navjot Kaur Sobti is an internal medicine resident physician at Dartmouth-Hitchcock-Medical Center/Dartmouth School of Medicine and a member of the ABC News Medical Unit.