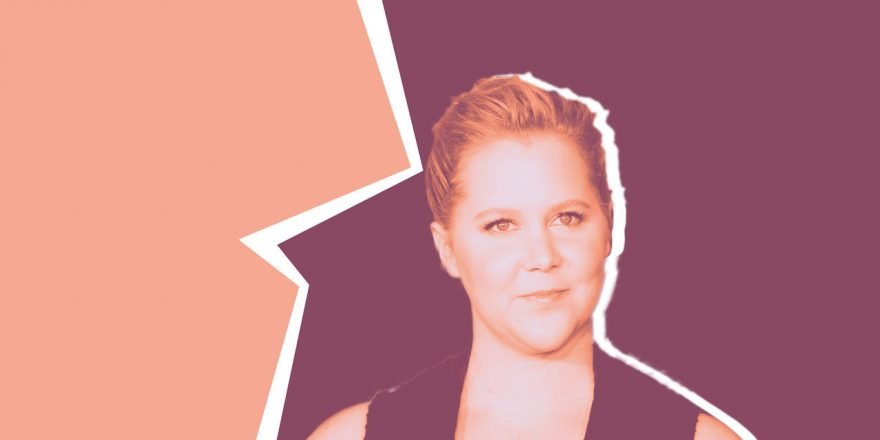 Amy Schumer is inching closer to her due date, but even in her third trimester, her pregnancy isn’t getting any easier. On Tuesday, the mom-to-be opened up about her frustration with the lack of medical research on women’s health in a cheeky, Schumer-style Instagram post.

“Amy Schumer And Chris Fischer set pulses racing while the heavily pregnant Schumer flaunts her growing bump,” she wrote alongside a photo of the couple out for a walk. “Amy is still pregnant and puking because money rarely goes to medical studies for women such as hyperemesis or endometriosis and instead goes to things like dicks not getting hard enough or old guys who want harder dicks.”

Amy Schumer And Chris Fischer set pulses racing while the heavily pregnant Schumer flaunts her growing bump. Amy is still pregnant and puking because money rarely goes to medical studies for women such as hyperemesis or endometriosis and instead goes to things like dicks not getting hard enough or old guys who want harder dicks. ? ???

This isn’t the first time Schumer has gotten real about her pregnancy health struggles. Since she shared the news that she was expecting in October 2018, the 37-year-old has been open about battling hyperemesis gravidarum, a condition that can cause extreme nausea and vomiting throughout pregnancy and lead to dehydration. Schumer was hospitalized in November because of the condition, and she was forced to cancel shows in February due to the severity of her illness.

“The baby and I are healthy and everything looks good,” she wrote in an Instagram post in February. “But I am in my 3rd trimester and I am still nauseous and vomiting. I vomit almost every time I ride in the car even for five minutes. I have a pretty good attitude about it and some days I feel good for a couple of hours. But mostly it’s [sic] sucks.”

Texas I am so deeply sorry. I have been really looking forward to these shows. I have to reschedule. I am in the hospital. I’m fine. Baby’s fine but everyone who says the 2nd trimester is better is not telling the full story. I’ve been even more ill this trimester. I have hyperemesis and it blows. Very lucky to be pregnant but this is some bullshit! Sending so much love to the doctors and nurses taking great care of me and Tati! They are cool as hell! And Texas I am really really sorry and I’ll be out there as soon as I’m better.

While morning sickness early in pregnancy is pretty common, hyperemesis gravidarum is something different with a host of potentially dangerous side effects.

“Women can get dehydrated, they can lose significant amounts of weight, and they can obviously feel very weak,” Richard Davis, MD, interim division director of maternal-fetal medicine at the University of Alabama at Birmingham, previously told Health. “It can become a dangerous cycle because the esophagus gets irritated from vomiting, which can cause reflex and contribute to the nausea, which then causes more vomiting.”

Schumer is likely set to give birth any day now. We hope she shares pics of her baby with the world, and we can’t wait to see how she will teach her little one all about fighting gender inequality.