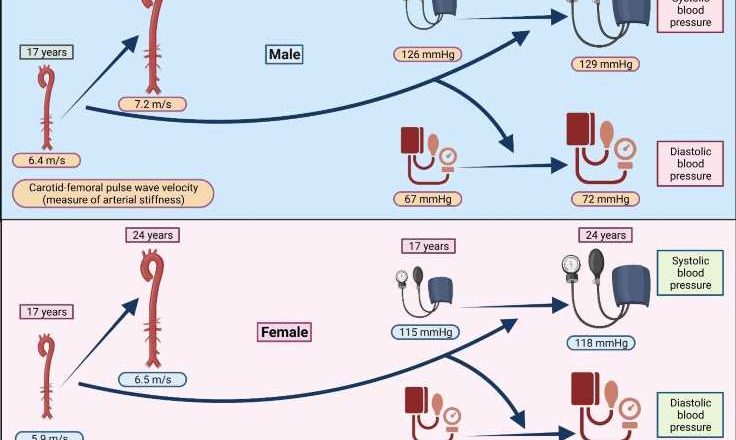 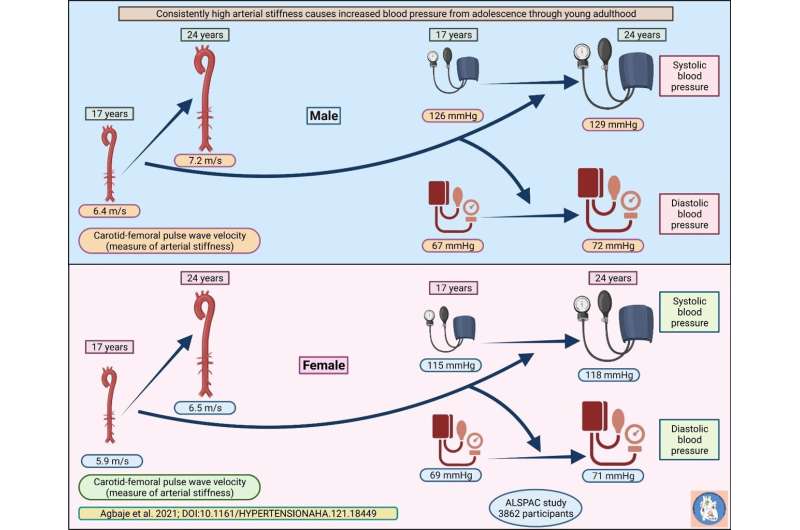 Previous studies have focused on the adverse effect of obesity on the heart and blood vessels. However, the present study found that higher arterial stiffness at age 17 years increased the risk of abdominal obesity and whole body obesity by 20 percent at age 24 years. The findings reveal a possible two-way direction between unhealthy arteries and obesity, although the evidence was stronger for obesity leading to unhealthy arteries, and not vice versa.

A recent American Heart Association scientific statement notes that “lifestyle modification, including diet, reduced sedentariness, and increased physical activity, is usually recommended for patients with obesity; however, the long-term success of these strategies for reducing adiposity, maintaining weight loss, and reducing blood pressure has been limited.” It has also been established that a 5 mmHg rise in blood pressure over five years increases the risk of death in the adult population by 16 percent.