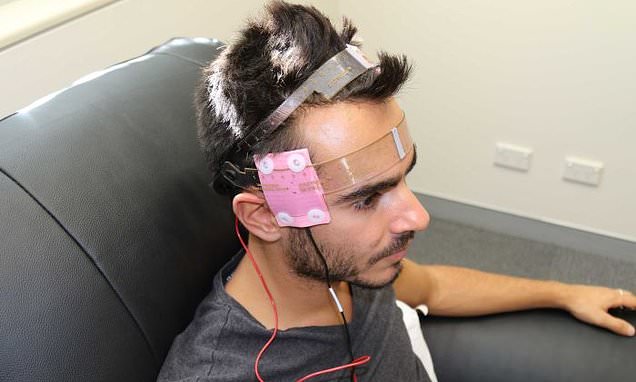 Scientists in Australia want people living in rural areas to try giving themselves brain stimulation treatments for depression at home.

Brain-zapping has shown promise in clinical environments in many studies, but they are mostly off the table for people who live too far from study sites to drive in daily.

Sadly, people living in rural areas and suffering depression are at much higher risk of attempting or completing suicide than depressed urbanites are.

The University of New South Wales team hopes that their closely monitored DIY brain-stim kits will provide a new way for treatment to reach people that need them most.

But letting people send electrical currents into their brains unsupervised is not without its risks – and some experts warn it shouldn’t be done. 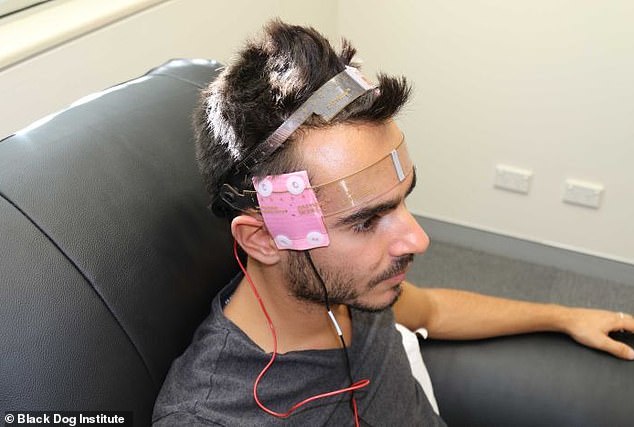 More than 16 million Americans suffer from depression – as do 300 million around the globe.

Its causes are complex, but living in relative isolation in a rural area where access to treatment is minimal and mental health is often still stigmatized is a well-known risk factor.

Suicide is 45 percent more common among Americans that live in rural areas than among those who live in major metropolitan counties, according to the Centers for Disease Control and Prevention.

Depression is still the leading cause of disability in the US, it is still poorly understood and treatments often fail.

Like most diseases, clinical trials for experimental therapies offer some hope for patients with the most difficult-to-treat cases, but these are mostly conducted at research institutions.

And research institutions are mostly in metropolitan areas – miles and hours from some of the most desperate patients.

These imperceptible shocks are thought to encourage the brain’s neural connections to be become less rigid, and more ‘plastic’ in neurological terms.

The theory is that depressed brains are more set in their synaptic ways, and mild electrical stimulation helps new and different neural connections seen in healthy brains to form.

Modern brain stimulation bears little resemblance to the infamous electroshock therapy once used in psychiatric hospitals (and, memorably, in the film One Flew Over the Cuckoo’s Nest), but rests on the same general principals.

Many scientists are interested in tDCS, and there are at least ongoing trials using it to treat depression in the US.

But none of them allows patients to do their treatments at home.

After training, the patients were sent kits that included an electrode-equipped headband hooked up to a handheld control device.

For 20 minutes a day for a month, the participants wore the stimulator, first during supervised video calls, then completely on their own, monitored only via the treatment diaries they kept.

After the month of treating themselves, the depressed trial participants saw an average 45 percent improvement in their symptoms, and 10 of them even opted to continue doing maintenance therapy with their brain stim devices.

There were no apparent problems or injuries (though one participant did drop out because they couldn’t get a handle on the system).

it was all very promising, but some experts in brain stimulation have noted that we don’t fully understand what even these mild currents might doing to various regions of the brain over time.

In 2016, a group of 39 such scientists penned  warning letter in the Annals of Neurology, warning that ‘do-it-yourself’ brain stimulation could lead to burns, has occasionally been known to worsen brain function and could easily be used wrongly by non-clinicians – to unknowable ends.

‘Other potential problems may not be immediately apparent,’ wrote one of the authors, a brain stim specialist at Harvard Medical School said.

‘As neuroscientists we perceive an ethical obligation to draw the attention of both professionals and DIY users to some of these issues.’

They warned that users might assume that more stimulation would get them better results, faster, when there isn’t necessarily clinical evidence that that’s true.

And if that did damage, it could be permanent.

‘In sum, it is important to know that whatever brain changes occur may be long-lasting, for better or worse,’ the authors warned.

For their part, the Australian researches acknowledged that their trial is an early demonstration of safety and that risks do exist.