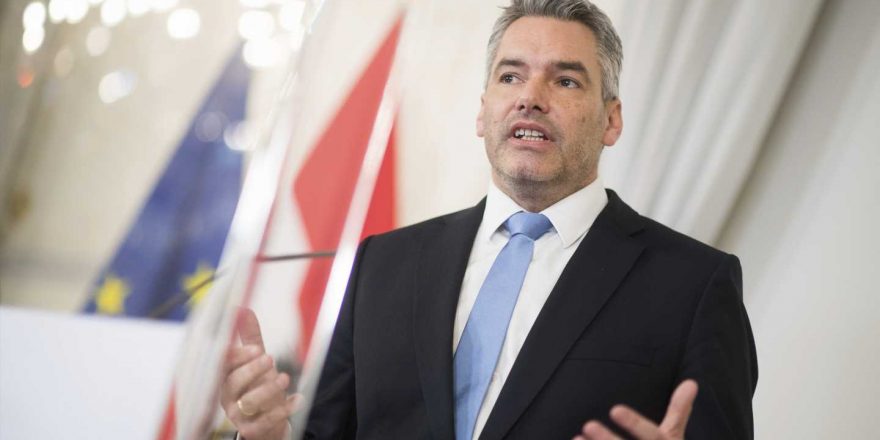 Austria tweaks vaccine mandate plan, to come in next month 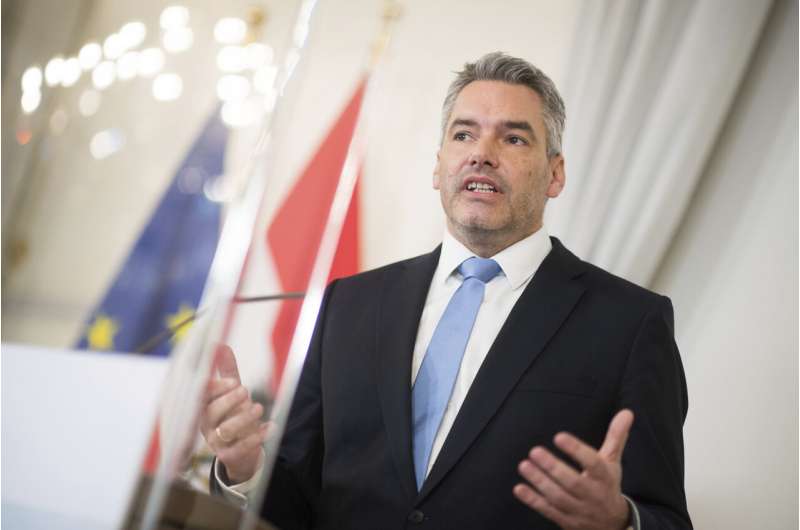 The Austrian government on Sunday presented revised plans for its proposed COVID-19 vaccine mandate, which it said will now apply to all residents age 18 and over, rather than 14 as originally intended. Officials said that a phased introduction will give people plenty of opportunity to comply.

The government announced nearly two months ago that it would implement a general vaccine mandate early this year, becoming the first European country to do so. In early December, it produced a first draft, calling for the measure to be introduced in February and foreseeing fines of up to 3,600 euros ($4,100) for people who flout it.

Key aspects of the plan remain in the final version, which the government aims to have parliament approve on Thursday, but officials said consultations with two opposition parties and others showed the need for significant changes to details. Chancellor Karl Nehammer said there had been concern about teenagers being punished, hence the change in the lower age limit.

The bill “is conceived in such a way that it responds to the flexibility of the virus,” Nehammer told reporters in Vienna.

The plan is for the vaccine mandate to become law at the beginning of February. In the first phase, authorities will write to every household to inform them of the new rules. Pregnant women and people who for medical reasons can’t be vaccinated will be exempted; so will people who have recovered from a COVID-19 infection in the past six months.

From mid-March, police will start checking people’s vaccination status during routine checks; people who can’t produce proof of vaccination will be asked in writing to do so, and will be fined up to 600 euros ($685) if they don’t.

If authorities judge vaccination progress still to be insufficient, they would then send reminders to people who remain unvaccinated, Nehammer said. If that still doesn’t work, people would be sent a vaccination appointment and fined if they don’t keep it. Officials hope they won’t need to use the last measure. Fines could reach 3,600 euros if people contest their punishment and full proceedings are opened.

Karoline Edtstadler, the Cabinet minister responsible for constitutional issues, said individuals could be fined a maximum four times per year and there is no provision for them to serve jail time instead of paying up.

A commission containing at least two medical and two legal experts will report to the government and parliament every three months on vaccination progress. Parts of the legislation could be suspended by the health minister, with approval from a parliamentary committee, if for example future variants are milder or the experts say vaccination is no longer the way forward, Edtstadler said.

The plan was drawn up at the same time as a now-lifted lockdown was imposed in November, amid concern that Austria’s vaccination rate is comparatively low for Western Europe. As of Sunday, 71.6% of the population of 8.9 million was considered fully vaccinated.

“Without obligatory vaccination, we will always lag behind,” Health Minister Wolfgang Mueckstein said. He said the current omicron variant won’t be the last and it’s unclear how stable immunity after an infection with omicron is.