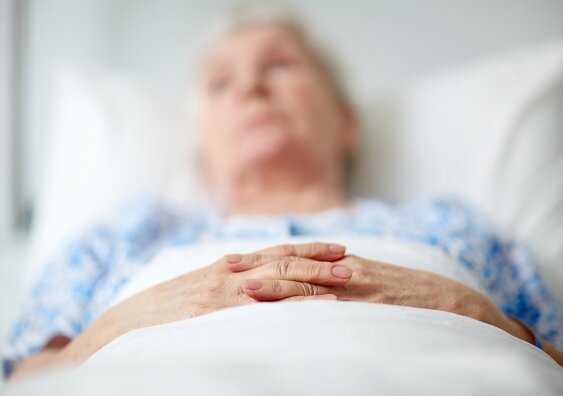 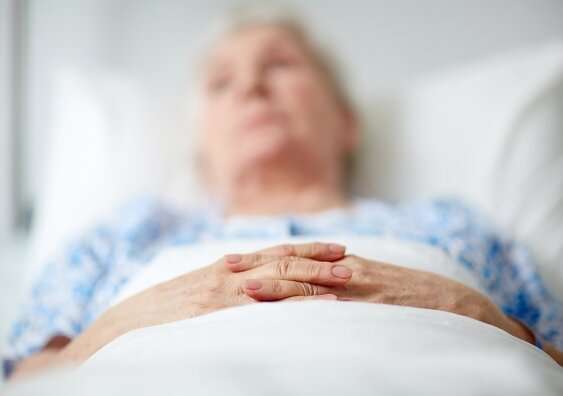 Residents of aged care facilities who have been assessed as being at-risk of developing bedsores should not be repositioned every two hours, a UNSW Sydney study says.

The accepted practice of two-hourly repositioning is not only ineffective at preventing pressure ulcers (bedsores) from developing, but it is suspected of causing behavioural problems by interfering with residents’ sleep patterns, the researchers say in a paper published recently in Bioethical Enquiry.

And in an ominous flag for the Royal Commission into Aged Care Quality and Safety now underway, the study concludes that far from being a preventative safety measure, the ritualised two-hourly repositioning of residents could be a form of unintentional institutional abuse.

The study examined the medical and nursing records of 80 deceased residents from eight Registered Aged Care Facilities (RACFs) in Australia to determine the number of residents who were assessed as being at risk of developing pressure ulcers, how the use of two-hourly repositioning impacted them, and whether the residents had these ulcers in the last week of life.

It found that despite 91% of the residents who were deemed at risk of developing pressure ulcers being physically repositioned in their beds every two hours, throughout the day and night, more than a third of them had one or more of these excruciating skin conditions when they died.

Pressure ulcers can occur on bony areas of the body such as on the sacrum or heels in people who are bed-ridden or confined to a chair or wheelchair. A 1994 study found that they can develop after only half an hour of unrelieved pressure from immobility.

Study author Professor Mary-Louise McLaws of UNSW’s School of Public Health and Community Medicine says that while RACFs are required to practise two-hourly repositioning and do so with the best intentions, the practice is ineffective and ultimately harmful to the elderly residents.

“My first thought was that the practice of two-hourly repositioning would cause sleep deprivation and that it is simply torturous,” Professor McLaws says.

“It wasn’t a surprise when residents were classified as having ‘behaviours of concern’ and then chemically or physically restrained.”

Professor McLaws and her co-authors say the best proven method of preventing bedsores is the use of alternating pressure air mattresses (APAMs).

“These mattresses relieve pressure all over the body every few minutes, continuously and gently so as not to wake or disturb the sleeper – at a frequency that human repositioning cannot match,” says Professor McLaws.

Until now, the issuing of APAMs to at-risk residents has been minimal to non-existent, and the study notes that nurses and care staff lack the authority to order in such equipment, while RACF managers may be of the belief that APAMs are expensive.

However, the study found the actual cost of these devices to be around $1.40 a day per resident and observed that they were available on government contract.

“However, a study carried out decades ago showed that APAMs were more cost-effective than the practice of repositioning. And when you look at the costs of prevention, they are substantially lower than those required to treat severe pressure ulcers.”

Professor McLaws and her co-authors made recommendations that the practice of around the clock two-hourly repositioning cease immediately and that each bed in an RACF be allocated an APAM, or at the very least, at-risk residents be supplied with one without delay.

Another recommendation was that the use of chemical and/or physical restraints, which are used to curb ‘behaviours of concern’, cease since they can lead to pressure ulcers due to forced inactivity. Behaviours of concern themselves could even be the result of disrupted sleep patterns, the authors argue.

“We concur with other international authors who have shown that the ritualistic practice of waking residents every two hours contributes to severe sleep deprivation and behaviours of concern,” they say.

The authors also called for a change to the legislation surrounding Coroners Court powers. As they pointed out in a related paper published recently, only four known cases have been referred to coroners regarding the possible role pressure ulcers played in the deaths of elderly people.

Coroners make few recommendations with regards to best practice in aged care, and the authors suggest they routinely collect and discuss information about the prevention and management of pressure ulcers.

“Australian coroners could consider formulating recommendations which refer to section 3 of the Australian Quality of Care Principles [2014]. These principles recommend that RACFs provide APAMS to residents at risk of developing bedsores,” says co-author Dr. Jennifer Schulz Moore from UNSW’s Faculty of Law.

Recently, Professor McLaws made a submission to the Royal Commission into Aged Care Quality and Safety that included both recently-published papers on pressure ulcers as evidence.

This followed evidence given to the royal commission by co-author Catherine Sharp which drew on her clinical nursing experience.

“It was a great opportunity to be able to share our knowledge on pressure ulcer management with the Commission,” Ms Sharp says.