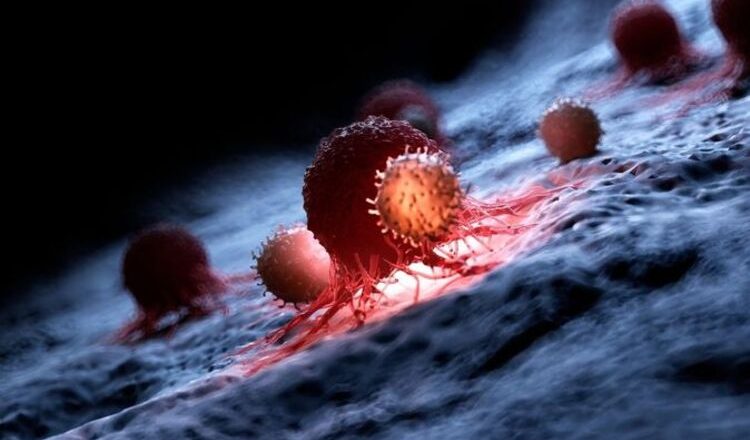 Blood cancer symptoms: What blood cancer can look like on black and brown skin

Blood cancer is the fifth most common cancer in the UK, and even though its survival rate is rising faster than the rate of other common cancers, it’s still the UK’s third-biggest cancer killer. The earlier you are diagnosed, the better your chances of survival. That’s why it’s so important to know the symptoms of blood cancer and to be able to tell what it would look like on your skin tone.

Blood cancer is cancer that develops in the blood and affects the productions of blood cells and how they work.

As you may know, white blood cells fight infection in the body so blood cancer can impact the immune system.

Blood cancer symptoms vary from person to person and also depend on which kind of blood cancer you have (e.g. leukaemia, lymphoma, myeloma, MDS, MPN or any other blood cancer).

It would be tricky to read and retain information about every individual kind of blood cancer (and other cancers), but it’s crucial to learn a few symptoms of blood cancer.

The main general symptoms of blood cancer are:

Some symptoms of blood cancer can look different on different skin tones.

For example, bruises will probably be more subtle when they first appear.

“On black and brown skin, bruises may be difficult to see initially, but as they develop, they show up as darker than the skin around them.”

Blood cancer also causes rashes as a result of inflammation in and around the blood vessels.

These often appear as clusters of tiny spots (petechiae) or larger blotches (purpura).

On lighter skin, they typically look red or purple and they won’t fade if you press on them.

On black and brown skin, however, Blood Cancer UK stressed that they may look purple or darker than the surrounding skin.

Paleness (pallor) isn’t just limited to white people – it might mean someone looks unusually pale because they have too few red blood cells.

Pallor is often more immediately noticeable in light skin, but people with black or brown skin may look greyish and their palms may look paler than usual.

Blood Cancer UK added: “They might also notice pallor in their lips, gums, tongue or nail beds. In all skin tones, pallor can be seen by pulling down the lower eyelid.

“The inside is normally dark pink or red, but if it’s pale pink or white, it’s a sign of pallor.”

Of course, lots of these symptoms could be signs of something less sinister.

Blood Cancer UK explained: “Most people who have symptoms described on this page won’t have blood cancer, but it’s worrying to have symptoms you can’t explain and important to find out what’s causing them if only to set your mind at rest.

“If you have just one symptom that you can’t explain, that goes on for a long time or is unusual for you, book an appointment with your GP.

“If you suddenly feel very unwell at any time, get medical help straight away by calling 999 or going to A&E.”

If you want to talk to someone about your concerns, you can chat to a trained blood cancer Support Service worker at Blood Cancer UK on 0808 2080 888.