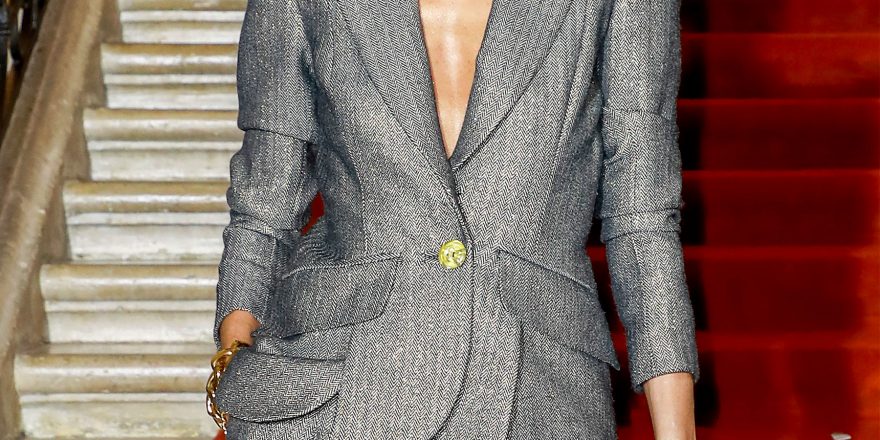 Céline Dion Slams the Criticism Over Her Slimmer Look: ‘Leave Me Alone’

Céline Dion likes her new look — even if critics think she’s too slim or her style is too outlandish.

The singer, 50, went through a personal revamp after the death of her longtime husband, René Angélil, in January 2016. Dion started gravitating towards haute couture pieces, but she said that she’s not “trying to take chances,” but simply opting for clothes that make her “feel attractive.”

“I’m doing this for me. I want to feel strong, beautiful, feminine and sexy,” she said in an interview with Dan Wooton, of ITV, The Sun and The Dan Wootton Interview podcast.

And her updated clothing choices came as Dion lost some weight. But she doesn’t want her size to be part of the discussion.

Dion now regularly trains and dances with her backup dancer Pepe Munoz, which led to rumors that he was her new boyfriend — but she said that they’re not romantically involved.

Dion said that she was concerned that Munoz would have trouble handling the sudden attention.

“It was probably overwhelming for him at the beginning when we started working together because we were dancing together,” she told Wooton. “We bonded right away as friends, we had a good time. It evolved. But when people started to take pictures and it was like, ‘Who’s that guy? René?’ …  Let’s not mix everything.”

But Dion added that she’s okay with people thinking that Munoz is her boyfriend.

“We’re friends, we’re best friends,” she explained. “Of course we hug and hold hands and go out, so people see that. I mean, he’s a gentleman. He’s giving me his hand to go out,” she said. “I don’t mind because he’s handsome and he’s my best friend.”