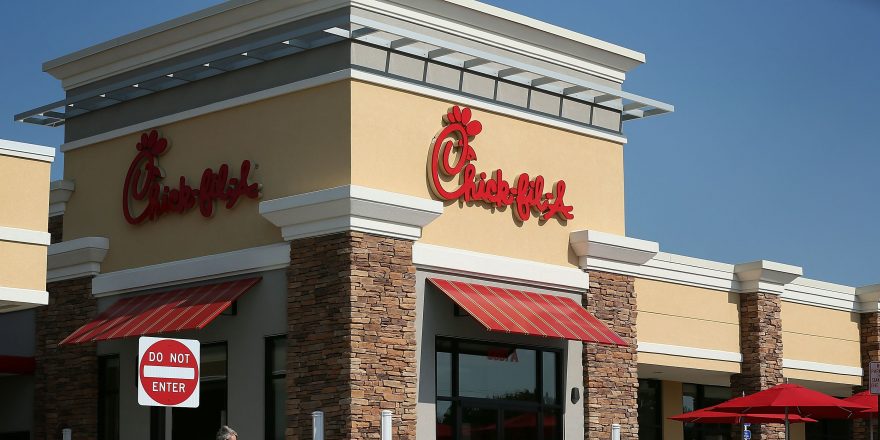 Everyone stop what you’re doing; Chick-fil-A has a new cheese sauce, and people actually can’t get enough of it. (P.S., it definitely sounds keto-friendly).

Here are the deets: According to TODAY Food, Chick-fil-A is now offering a super cheesy dipping sauce at select locations (over 430 Chick-fil-A restaurants across the country). “It is an optional condiment that restaurants can offer where there is demand for it,” a Chick-fil-A rep told the outlet.

Apparently, the sauce, which actually first appeared way back in 2012 in select restaurants, is a mix of Swiss and Parmesan cheese (hold your drool for a sec), and has 160 calories per three-ounce serving. (FYI: Other sauces, like barbecue and buttermilk ranch come in one-ounce serving sizes, so, win.)

The news comes after Chick-fil-A released a brand-new keto menu, and while the carb content of the sauce isn’t available yet, with two different types of cheeses, the cheese sauce definitely sounds like a keto option.

Also, because it’a cheesy Chick-fil-A concoction, people are going absolutely bonkers over it on social media:

OMG @ChickfilA HAS CHEESE SAUCE AND ITS LIFE CHANGING

So I had no idea that some of y’all haven’t been experiencing the greatness of @ChickfilA cheese sauce until recently? So sorry to hear that. I’ve BEEN obsessed.

Something to keep in mind: You can’t just grab a bunch of the cheese sauce and haul it home “by accident” to use down the road like you do with the classic Chick-fil-A sauce—the cheese sauce will set you back $1.19 per cup (which, again, is bigger than other dipping sauce servings, so, fair).

Even if you’re okay with shelling out extra for sauce, your local Chick-fil-A might not stock it (check the Chick-fil-A app to find out if yours done). Chick-fil-A told a fan on Twitter today that cheese sauce is an “optional” menu item. “Its inclusion is a restaurant-level decision made by the individual operator,” they wrote. That’s prompting some people to (understandably) try to rally their local chain to get the sauce ASAP.

Yo @ChickfilA when you bringing that cheese sauce to Morgantown WV 🤔😋

Hey @ChickfilA so I heard on fb about how y’all got this special cheese sauce only at certain locations. I live in Lubbock, TX & demand that we get this cheese sauce at one of our locations. Like why y’all sleeping on us smh I’m just trying to join the cheese party, GIMME GIMME

@ChickfilA Can we get some of this cheese sauce I keep reading about in Greenville SC?? No doubt it will sell! #welovecheese

Go ahead and snag some of Chick-fil-A’s grilled chicken nuggets to dip in the sauce, and, voila—you’ve got a perfect keto fast food meal.