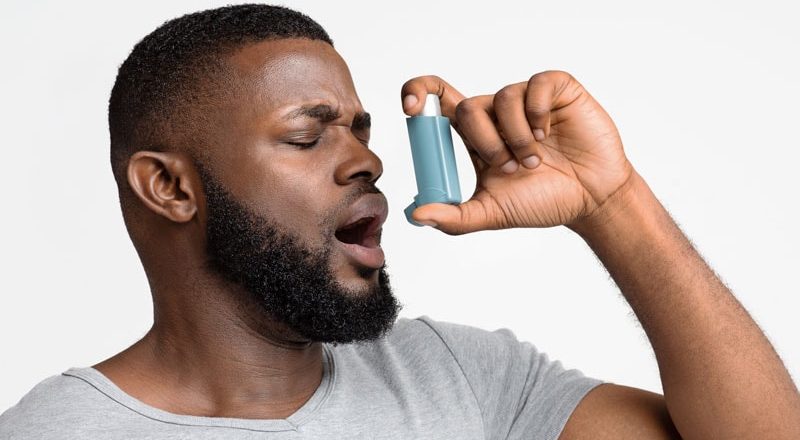 Patients with COPD may benefit from stepped-up treatment of short-term disease progression with triple therapy to stave off longer-term exacerbations and all-cause mortality.

Clinically important deterioration was a significant predictor of worsening disease and all-cause mortality in chronic obstructive pulmonary disease, a study based on data from more than 10,000 patients has shown.

For this study, clinically important deterioration (CID) as a measure of COPD is defined as a combination of change in lung function and/or health status, or a first acute moderate to severe COPD exacerbation, wrote MeiLan K. Han, MD, of the University of Michigan, Ann Arbor, and colleagues.

In the intent-to-treat population, patients with symptomatic COPD and at least one moderate or severe exacerbation in the past year were randomized to a once-daily dose of fluticasone furoate/umeclidinium/vilanterol (FF/UMEC/VI) 100/62.5/25 mcg (4,151 patients); FF/VI 100/25 mcg (4,134 patients); or UMEC/VI 62.5/25 mcg using a single dry-power inhaler (2,070 patients).

The researchers explored both the prognostic value of a CID event on future clinical outcomes and the impact of single-inhaler triple versus dual therapy on reducing CID risk. CID was defined as any of the following: moderate/severe exacerbation; deterioration in lung function (defined as a decrease of 100 mL or more from baseline in trough forced expiratory volume per second); or deterioration in health status based on increases of 4.0 units or more on the St George’s Respiratory Questionnaire (SGRQ) total score or 2.0 units or more on the COPD Assessment Test (CAT) score.

Overall, patients with a CID by 28 weeks had significantly increased exacerbation rates after week 28, as well as smaller improvements in lung function and health status at week 52 (P < .001 for all). In addition, CID patients had an increased risk of all-cause mortality after 28 weeks, compared with patients without CID. However, FF/UMEC/VI significantly reduced CID risk, compared with dual therapies, the researchers noted.

Patients with CID also showed significantly reduced improvements in both lung function and health status after 1 year, and a significantly increased risk of all-cause mortality compared to patients without CID.

In comparing triple vs. double therapies, FF/UMEC/VI patients showed significant reductions in CID risk by 52 weeks, compared with patients treated with FF/VI and UMEC/VI. This difference was true across all subgroups, except for the subgroup of patients who were on long-acting beta2-agonist (LABA) and long-acting muscarinic antagonist (LAMA) therapy prior to screening, the researchers said.

In addition, “treatment effect was greater at higher blood eosinophil counts for FF/UMEC/VI versus UMEC/VI,” the researchers noted.

The study findings were limited by several factors including the lack of CID as a primary endpoint, the relatively short 5-month follow-up period, and the use of a symptomatic patient population with an established risk of exacerbation, which could limit generalizability, the researchers noted. However, the findings support the value of preventing short-term CID and adding inhaled corticosteroids (ICS) or bronchodilation for patients in this study population, they said.

“This study is a post hoc analysis of data from the IMPACT trial, an RCT examining triple therapy vs ICS/LABA vs LABA/LAMA,” Han, lead and corresponding author, said in an interview. “In this particular paper, we conducted a treatment independent analysis examining individuals who experienced clinically important deteriorations at week 28 and then compared outcomes at week 52 based on CID status at week 28. Patients with a CID by week 28 had significantly increased exacerbation rates after week 28, smaller improvements in lung function and health status at week 52, and increased risk of all-cause mortality after week 28 versus patients who were CID free,” she emphasized. “We also saw that FF/UMEC/VI significantly reduced CID risk versus dual therapies.” These data suggest that shorter-term changes are associated with longer term outcomes, and provide important information both for the purposes of clinical trials design as well as patient clinical assessments, she added.

Han said she was not surprised by the findings. “I think these results are consistent with prior analyses but suggest that short-term outcomes relate to longer-term ones,” she said. However, she stressed the need for individualized treatment.

“While there are relationships between symptoms, lung function, and exacerbations as demonstrated by these analyses, in any individual patient sometimes these three disease axes do not perfectly align,” she explained. Han’s main message for clinicians in practice is that optimization of triple therapy in patients with severe disease and high risk for exacerbations was associated not only with short-term improvements in symptoms and lung function, but also with longer-term reductions in exacerbations and mortality.

As for additional research, prospective studies using CID as a primary or secondary outcome would help validate the composite outcome in this study, as regulatory agencies have been slow to adopt composite outcomes, Han said.