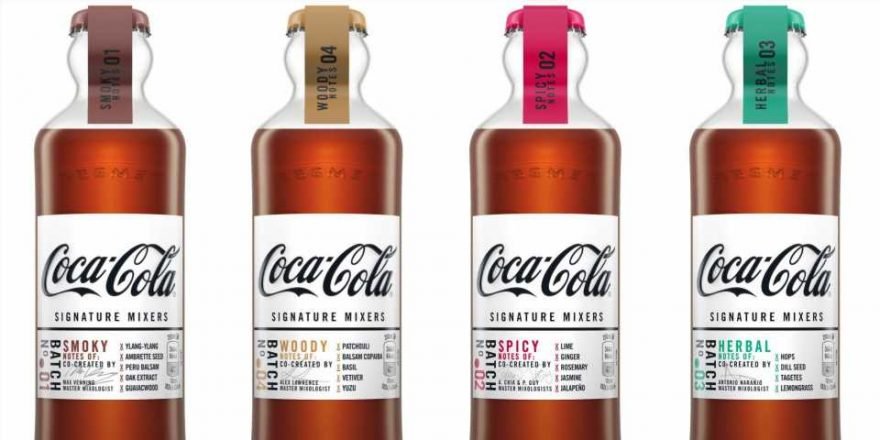 In a move unlike any the world has ever seen (well, that’s a little dramatic, but whatever), Coca-Cola launched a new line of mixers exclusively meant to be paired with hard liquor, INSIDER reports. Granted, the Coca-Cola Signature Mixers will only be available in the U.K. at first, but here’s what you need to know.

Each of the four flavors—Herbal, Spicy, Woody, and Smoky—is intended to be paired with a different dark liquor ranging from rums to whiskies. They are each 86 calories per bottle and were reportedly in testing phases for more than a year before they were perfected. It doesn’t appear that there will be diet versions of the drinks available.

According to Marketing Week, the mixers come in a “contemporary Hutchinson glass bottle,” which is reminiscent of “1894, when the product was bottled rather than served at a soda fountain.” Also of note is that each of the products was developed by a renowned bartender from either London or Barcelona.

Come June, you’ll be able to buy the product in some liquor stores as well as your local U.K. grocery store. It’s unclear if there are already plans in the works to bring these mixers to the U.S., but you can bet your Coke-loving butt we’ll tell you about it first, should that become the case.