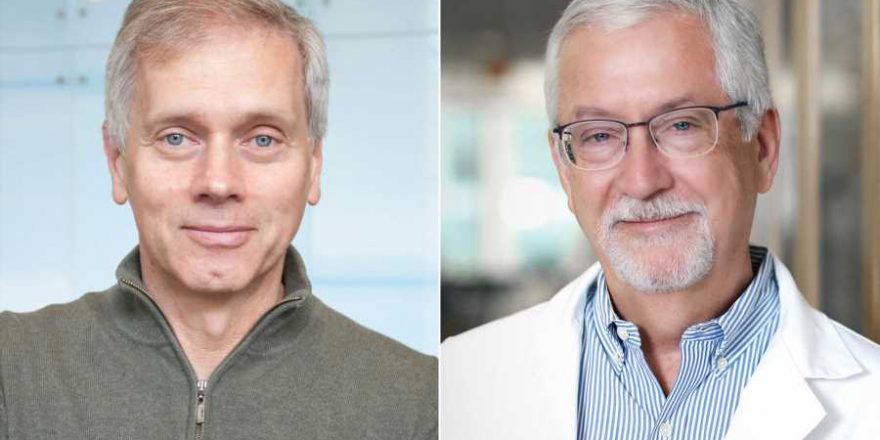 Two physician-scientists at Washington University School of Medicine in St. Louis are among the 100 new members and 25 foreign associates elected to the National Academy of Sciences this year. Election to the academy — which was announced Tuesday, April 30 — is considered one of the highest honors that can be awarded to a U.S. scientist or engineer.

Colonna, who is also a professor of medicine, studies how immune cells fight cancer and infection, contribute to autoimmune diseases, and play a role in inflammatory diseases such as Alzheimer’s and inflammatory bowel disease.

He has made significant contributions to understanding how the gut’s immune system finds the precarious balance necessary to protect the body from infection without promoting runaway inflammation and inflammatory bowel disease. He discovered a rare type of immune cell in the human gut that significantly improves the intestine’s ability to fight bacterial infections. He also found that mice that eat a tryptophan-rich diet and carry a specific bacterium in their guts develop a kind of tolerance-promoting immune cell.

Further, Colonna discovered an immune cell best known for controlling viral infections. In addition, he identified proteins that help a different kind of immune cell – known as natural killer cells – to discriminate between normal and tumor cells, and to selectively kill tumor cells.

Immune cells also patrol the brain, where they protect neurons from damage by cleaning up toxic molecular debris. Colonna discovered that immune cells without a working copy of the gene TREM2 are unable to limit the spread of plaques of amyloid beta, a sticky brain protein associated with neurodegeneration. The findings explain why people with certain variants of the gene TREM2 have a fivefold increase in the risk of developing Alzheimer’s disease, and could lead to a strategy to target TREM2 to prevent or treat the disease.

Colonna received his medical degree from Parma University in 1983, and completed his residency in internal medicine at Parma University in 1988. He undertook postdoctoral training at the Istituto Nazionale per la Ricerca sul Cancro in Genova, Italy, the Dana-Farber Cancer Institute, and Harvard Medical School before starting his own lab at the Basel Institute for Immunology in Basel, Switzerland. He joined the Washington University faculty in 2001.

Ley, who is also a professor of medicine and of genetics, is a world-renowned expert in cancer genomics and leukemia, leading the team that first sequenced a cancer genome. That work, with Washington University’s McDonnell Genome Institute, set off a revolution in cancer genome sequencing, identifying mutations in DNA that lead to cancer growth.

Ley’s research has laid the groundwork for precision medicine in cancer treatment, which uses the genetic makeup of a patient’s tumor and how it responds to therapy as a guide for how best to attack that specific patient’s disease.

He is chief of the Section of Stem Cell Biology in the Division of Oncology at the School of Medicine. He also is a research member of Siteman Cancer Center at Barnes-Jewish Hospital and Washington University School of Medicine. In 2015, he was appointed to the National Cancer Advisory Board by President Barack Obama. His term continues through 2020.

Ley has been recognized for his contributions to medical science with numerous awards, including the Erasmus Hematology Prize; the National Cancer Institute’s Alfred G. Knudson Award for Cancer Genetics; the American Society of Hematology’s E. Donnall Thomas Prize and its Mentor Award; and Washington University’s Second Century Award, and Carl and Gerti Cori Faculty Achievement Award. He is an elected member of the National Academy of Medicine and the American Academy of Arts and Sciences.