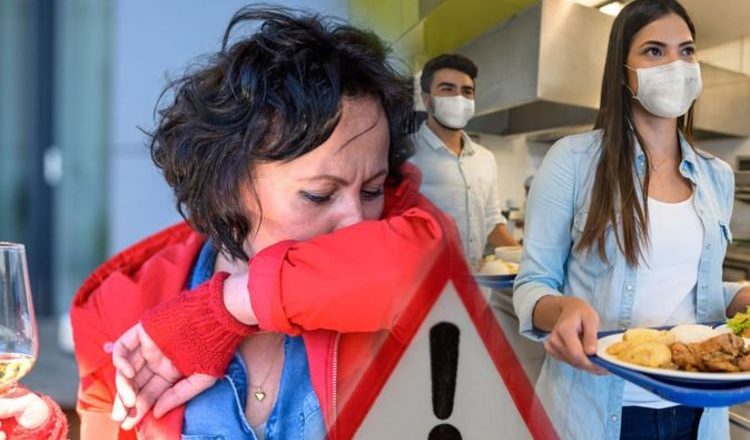 As the number of coronavirus infection cases approaches 238,000 and deaths surpass 33,000, researchers are discovering and understanding what makes this deadly virus so easily spread. A video experiment conducted by the public broadcaster NHK in conjunction with disease specialists, used a fluorescent substance to show how quickly germs can be spread across a variety of surfaces in environments such as restaurants, buffets and cruise ships. The results were startling to say the least.

The experiment began with one guest of 10 at a restaurant buffet being shown with the substance on his hands meant as a stand-in for COVID-19.

Over the course of the dining period, the rest of the guests behave in a usual fashion, selecting utensils from serving stations, enjoying their food, checking their phones and everyday habits we think nothing of.

By the end of the experiment the blacklight was then turned on and the substance revealed a shocking amount which had spread including onto plates, utensils and even all over some of the guests’ faces.

The experiment concluded just how easily a virus can be spread indicating the importance of following the government’s guidelines about appropriate precautions we all need to take to reduce the risk of COVID-19 spreading even further. 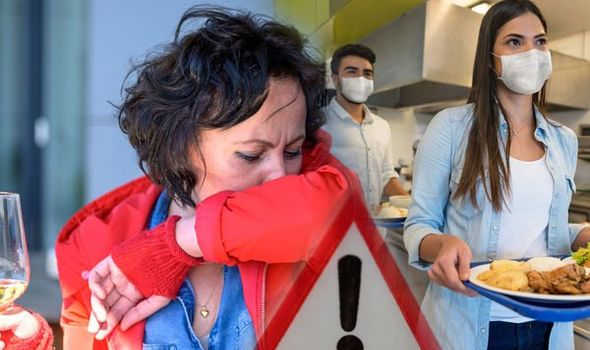 A second experiment in the same environment showed the importance of practicing improved hygiene techniques.

The “infected” person and other diners washed their hand numerous times.

All participants washed their hands before and throughout the meal with utensils and other implements being cleaned and replaced more frequently than we are used to.

A clinical professor in pathology at Hong Kong University, told CNN: “What the video demonstrated is that it will spread to surfaces and to people every efficiently.

“I think it really highlights the need of what people have been saying about hygiene to stop the spread of disease.”

David Veesler, a structural virologist at the University of Washington in Seattle said: “Understanding transmission of the virus is key to its containment and future prevention.

“The new virus spreads much more readily than the other one that caused severe acute respiratory syndrome, or SARS, and has infected more than then times the number of people who contracted SARS.”

Mr Veesler posted his team’s findings about the virus protein on the biomedical preprint server bioRxiv. 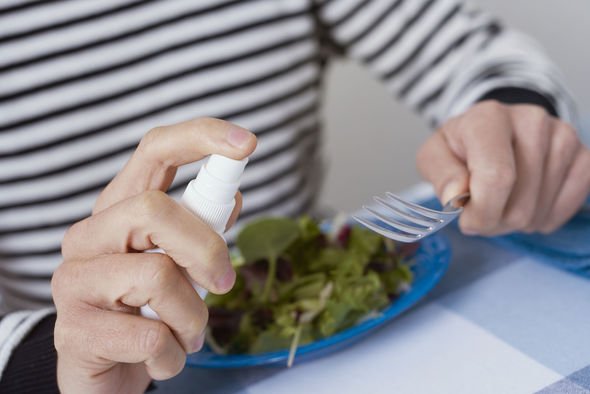 The experiment was conducted with NHK, Japan’s public broadcaster and used a group of researchers to capture the movement of microdroplet particles that were less than 100th of a millimetre in size.

They found these microdroplets were emitted every time a person speaks and the louder one talks; the more was emitted.

The experiment determined that even just two people holding a conversation at a normal distance apart could easily lead to infection.

The findings underline the social distancing message from the World Health Organisation (WHO), which strongly advises, people always keep at least one metre apart.

It also reinforces the need to keep rooms well-ventilated.

Common symptoms of COVID-19 include a fever, shortness of breath and a new, continuous cough.

If you are experiencing any of these symptoms, it’s strongly advised to self-isolate so as to ensure the reduction of a spread.