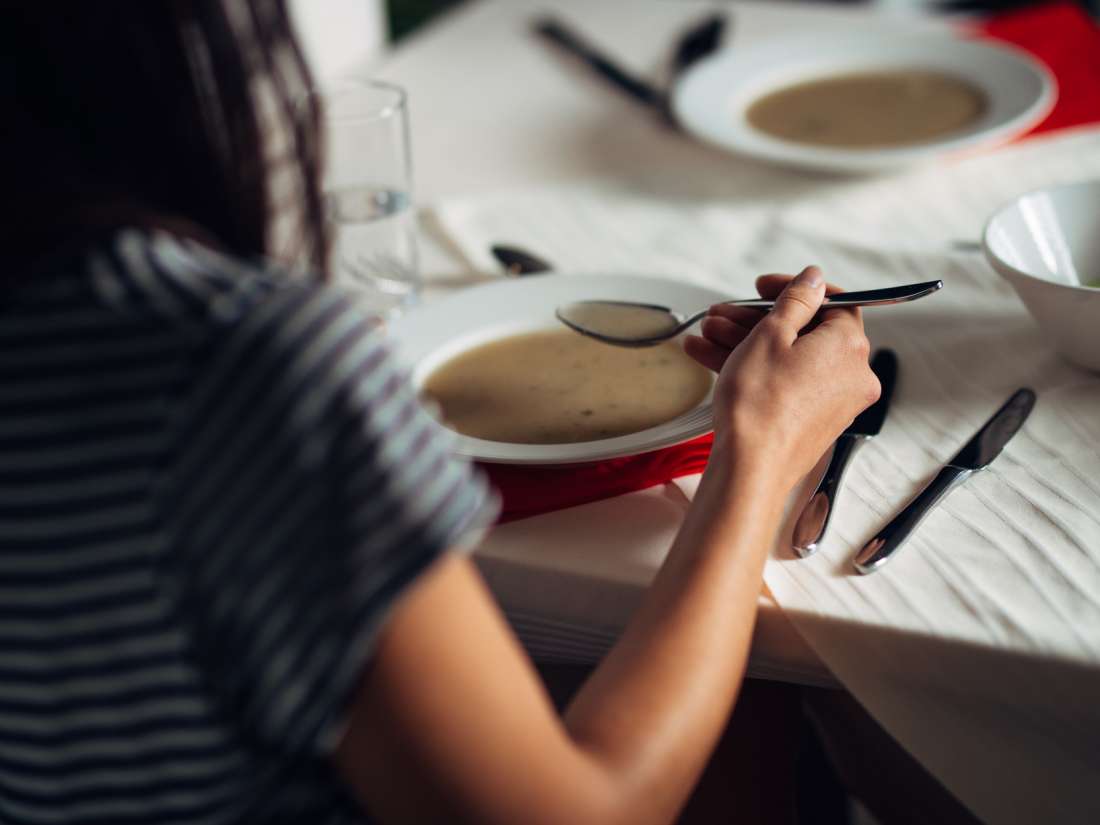 Slowly cooking the bones in vinegar releases some of the nutrients that a person might otherwise discard with the rest of the carcass.

According to some quarters, drinking bone broth carries a multitude of benefits.

From reducing inflammation to improving sleep, bone broth can seemingly do no wrong.

Although some are hailing bone broths as “the new coffee,” there is little evidence to support its benefits.

It is true that bone broth delivers nutrients, including amino acids and minerals, but not in any higher quantities than might be found in many other foods.

Bone broth contains collagen, leading some supporters to claim that bone broth improves skin health and joint function. However, collagen that we consume never reaches the skin or joints because it is broken down into amino acids by the digestive system.

The authors of the most recent study into bone broth published their findings in the Journal of Agricultural and Food Chemistry. They focused on the amino acids and peptides that the bone and connective tissue produce as they break down.

In particular, the researchers were interested in how cooked bones might release proteins which, during digestion, are broken down further into smaller chains of amino acids, referred to as peptides.

Once broken down in this way, peptides can have very different properties from the original proteins.

The scientists, led by Leticia Mora, wanted to understand whether Spanish dry-cured ham bones could be a source of heart-beneficial peptides. To investigate, they simulated both cooking and human digestion.

Once they had the final product, they tested the resulting peptides to see if they might block particular enzymes known to be involved in heart disease.

All of the enzymes above regulate aspects of the cardiovascular system. ACE-1 inhibitors, for instance, are used to treat high blood pressure and inflammation-based heart disease. If scientists could source these peptides from foods, this might be beneficial for people who have an elevated risk of developing these conditions.

According to the authors, “their inhibition can result in the reduction of high blood pressure and alleviation of disorders, including type 2 diabetes, obesity, atherosclerosis, and inflammatory diseases.”

The scientists found that peptides — predominantly derived from hemoglobin and collagen — could block the enzymes related to heart disease, even after cooking and digestion.

Additionally, they measured the presence of other peptides; many of these were chains of just two or three amino acids, making them more likely to be able to travel through the intestinal wall and be active in the body. The authors conclude:

“These results suggest that dry-cured ham bones [used in] stews and broths could have a positive impact on cardiovascular health and a possible reduction of high blood pressure for consumers.”

However, as the authors note, measuring these peptides under artificial conditions is not the same as assessing their impact on living organisms. Scientists will need to do much more work before they can confirm the heart benefits of bone broth.

Understanding the chemistry of foods is only one small step toward realizing their impact on health. These findings might further boost bone broth’s popularity, but the trend will probably be over before conclusive evidence rolls in.