Home » Health News » Dementia symptoms: The key signs in your behaviour which could be early-onset dementia 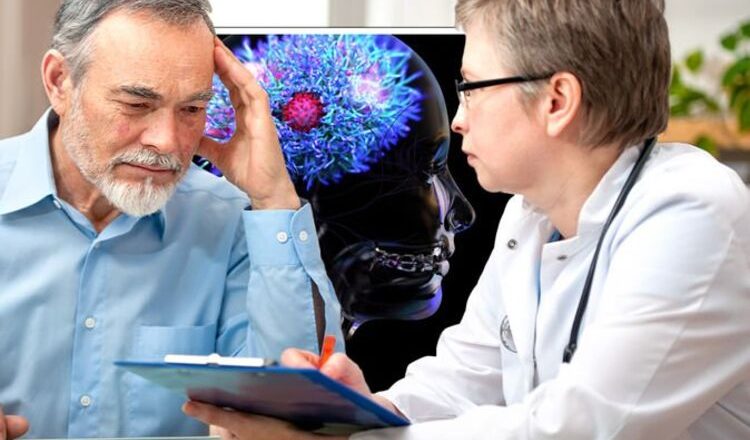 Dementia symptoms: The key signs in your behaviour which could be early-onset dementia

Dementia is caused by a range of different diseases which are responsible for the decline in brain function. While most of these diseases are associated with an abnormal build-up of proteins in the brain, the type of dementia the people get as a result can vary greatly depending on their age. Alzheimer’s UK claims that there are “important” differences in the way dementia affects younger people, but what are the most common signs of early-onset dementia? How can it affect your behaviour?

What is early-onset dementia?

When a person under the age of 65 is diagnosed with a form of dementia, it is known as “early-onset” or “young-onset”.

Alzheimer’s disease is the most common form of dementia which affects around one in three younger people diagnosed with dementia, but there are a host of other diseases which are also linked to early-onset forms of this condition.

The most common causes of early-onset dementia include:

What are the symptoms of early-onset dementia caused by Alzheimer’s?

According to Dementia UK, research suggests that changes in the brain can occur up to ten years before a person starts to show symptoms of Alzheimer’s disease.

Symptoms often start off mildly and worsen over time, but which signs are the most common?

While many signs of Alzheimer’s are dismissed as simple clumsiness or forgetfulness, Dementia UK has identified nine key signs you should never ignore.

What are the symptoms of frontotemporal dementia?

This type of dementia is caused by damage to the frontal lobes at the front and side of the brain, and is most common in the early-onset age brackets.

While there are three types of FTD, there is one behavioural variant which can cause significant changes to a person’s behaviour.

According to the Alzheimer’s Society, these can include losing inhibitions, becoming apathetic and adopting compulsive behaviours.

Vascular dementia is caused by problems with the blood supply to the brain and is closely linked to diabetes, heart disease and other cardiovascular conditions.

Symptoms of this kind of dementia are commonly linked to a slower thought process or other cognitive issues, including; planning, organising, making decisions, problem-solving and concentrating.

Which learning disabilities can cause early-onset dementia?

People with Down’s syndrome and other learning disabilities are at an increased risk of developing dementia at a younger age.

While most people with Down’s Syndrome will develop Alzheimer’s-induced dementia, it is not always the case.

It is thought that the link between the two is down to chromosome 21, which most people who have Down’s syndrome have two copies of.

The double copy can trigger an over-development of a protein known as amyloid which can form plaques around the brain cells.

Over time, these plaque deposits can cause significant damage to the frontal lobe which is why dementia is more common in the younger age bracket.

The symptoms can often resemble those associated with frontotemporal dementia and Alzheimer’s disease.

In many ways, early-onset dementia can be even more debilitating than the most common forms of dementia seen in older people.

When dementia occurs in someone under the age of 65, they are likely to still be working and may need to adjust their living arrangements to cope with the long-term effects of the condition.