Home » Health News » Dementia: The simple memory test that could help with early detection of Alzheimer’s 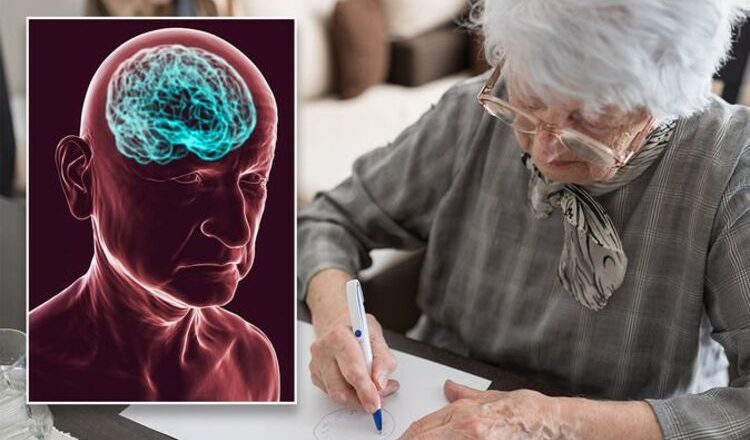 Dementia: The simple memory test that could help with early detection of Alzheimer’s

A new research, published by the American Academy of Neurology, suggests that a memory test could be an essential tool for the early detection of Alzheimer’s disease. The test was developed by researchers at Albert Einstein College of Medicine. More than 4,000 people with no known cognitive impairments took part in the study. During test trials, participants looked at pictures of specific objects and received clues about which category the item pictured belonged to.

Each participant was then asked to remember the item they saw in the picture. If they couldn’t recall it, they were asked to name a general category instead.

Researchers later divided the participants into five different groups, based on how they scored during the test.

People in the first three groups, who had a higher score, showed difficulty remembering an item at first, but could remember with the help of clues.

Whereas, people with lower scores, who were placed in the last two groups, had trouble remembering the items despite the clues.

Doctor Ellen Grober, study author and researcher at Albert Einstein College of Medicine in New York, said: “This system allows us to distinguish between the following: the difficulty people have retrieving memories when they are still able to create and store memories in their brains, which occurs in the very early stages before dementia can be diagnosed; and the memory storage problems that occur later in this pre-dementia phase when people can no longer store the memories in their brains.”

According to Doctor Grober, the findings suggest that this simple memory test can be used to detect cognitive decline before an Alzheimer’s diagnosis.

She suggested that such a simple test could be substituting expensive or invasive scans, as well as lumbar punctures in the early stages of cognitive loss.

After being divided into groups, participants underwent PET scans and magnetic resonance imaging.

The study found that nearly 30 percent of people in group 0 (highest scores) had evidence of beta-amyloid plaque on their brain scans.

The beta-amyloid plaque is a protein whose build-up may trigger Alzheimer’s and it is one of the three main biomarkers for its diagnosis.

“Results from this research add to the accumulating evidence that cognitive impairment, if measured properly, can be detected very early in the disease process,” commented Doctor Grober.

More than 1,000 people participating in the study, who showed significant brain amyloid are now enrolled in the “A4 clinical trial”.

The trial, the author explained, “is evaluating a drug designed to slow memory and cognitive decline by targeting beta-amyloid”.

She added that tests like this one are helpful in evaluating therapies that could prevent Alzheimer’s dementia from developing.

The exact cause of Alzheimer’s is still unknown and there is no certain way of preventing the disease.

A healthy lifestyle could certainly help in reducing its risk.

The latest research shows that risk factors for dementia include, but are not limited to, cardiovascular problems, diabetes, hearing loss, untreated depression, loneliness and a sedentary lifestyle.

By avoiding or modifying these risk factors, people could be able to significantly reduce the risk of dementia.