Home » Health News » Does the Age of Menopause Matter? 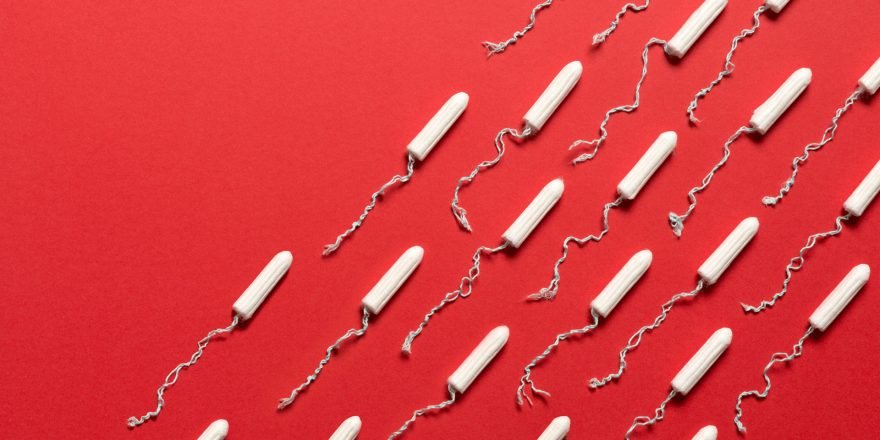 Does the Age of Menopause Matter?

There I was at age 45, sweating like a pig while on a date with a cute guy four years my junior. I had just ended a bad marriage, had no kids and was starting over fresh. Or not so fresh as this dinner proved. I was in the midst of a major hot flash.

Although I was at an age at which some women are walking around pregnant, I hadn’t had my period in months. I was heading into menopause far earlier than I expected — far earlier than the norm. I hadn’t told my date I was older than he was. Would he know what was going on?

Setting aside this particular instance (no, we didn’t wind up together long-term), the whole experience got me wondering. Why does the age at which we stop menstruating vary so much… and does it make a difference? Here are some answers.

Why now? Why not later?

There wasn’t any underlying medical reason for my relatively early menopause. I just happened to fall toward the younger end of the spectrum that typically ranges from ages 45 to 55, with the average age for menopause (defined as 12 consecutive months without a period) being 51, according to the North American Menopause Society.

Where we land during that decadelong spread usually correlates to the age one’s mother went through the “change of life,” Dr. Lila Nachtigall, a professor of obstetrics and gynecology at NYU Langone Health tells me. If she experienced menopause early, you probably will too. The challenge is, back in the day, many of our mothers didn’t tell us when their period stopped. “It” was rarely mentioned, if at all, and we were typically too young to realize what was going on with Mom to make note of it.

This adds to the surprise we may feel when the end of our period arrives way ahead of or behind the norm. The age of menopause does indicate when you will start experiencing conditions like vaginal dryness and bone loss, as your body produces less estrogen. You’ll have to navigate these issues earlier and longer than your friends who stop menstruating later — nothing serious, but do discuss the situation with your health practitioner.

When my periods stopped, I definitely felt a mix of emotions. While there was an upside — no more tampons; no more cramps! — I felt a loss. Now, there was no chance I could get pregnant; my shot at biological motherhood had passed. I had thought I was at peace with not having children, but menopause made me realize that I would have liked to be a mother. I had lots of love to give a child. Maybe they would have given me some back.

Mary Ellen, a marketing executive in Pennsylvania I’ve known since first grade, is another member of the early menopause club. She had her second child, a daughter, at age 38. Almost as soon as she stopped nursing, she was waking up in the middle of the night and having terrible night sweats. An older female colleague told her it might be menopause. “I remember like it was yesterday,” Mary Ellen told me. “I thought, ‘Give me a break. Menopause? Come on. What are you talking about?’”

Her gynecologist confirmed it and expressed surprise that Mary Ellen, then 39, was so young. The news was crushing. She had two children, but she and her husband, Joe, had not totally ended the discussion about “going for No. 3,” she says. “I felt terrible. I couldn’t believe it. When the doctor told me that, I felt cheated. I felt cheated that the decision was taken out of my hands, and I was totally unprepared. I just wasn’t ready for that.”

Mary Ellen’s daughter, Barbara, is 23 now. “I told her you need to know that that I was very young [when I went into menopause]. It is possible to happen to you. Act accordingly.”

Andrea, now 71, did not want to have children but was happy she was still getting her period well into her 50s. “I took it as a sign that my body wasn’t aging as quickly as other women, and that was a good thing,” she says. (There is some truth to this: The longer one’s body menstruates and produces estrogen, the longer you stave off such issues as the bone loss that often accompanies menopause.)

But when menopause hit, it hit hard. “I felt I had been spared — and then I wasn’t,” she recounts. “It was my turn, and oh, my God, it was bad; it made me feel very crazy. I would cry. I was walking around depressed and not in control of it.” That passed eventually. (It took almost two years for her to get past the challenges.) And Andrea’s husband, Richard, had a home remedy for her night sweats. “He told me, ‘When you feel it coming on, you go to the sink and you put your hands under cold running water.’ That did help a lot.”

Even when menopause arrives on schedule, it’s not always a party. Maria, an event planner and mom of two, was in her early 50s when she went into menopause — the average age. Leading up to it, her periods were irregular (this is a part of perimenopause, the time leading up to menopause). She felt like a teenager again, “never quite sure what might happen” with her cycle, she says.

A self-described “face sweater,” Maria was self-conscious about the process. “I was trying to look cool, calm and collected for a luncheon engagement and was melting,” she says. “There was no hiding it.” And like for many of us, Maria wasn’t ready to face the fact that she was aging. “Nothing reminds you that you are an older vintage wine than turning gray and saying goodbye to your period. Time is marching on!”

Jen Karofsky, 50, a life coach with two children, is approaching menopause. She’s had numerous hot flashes, and her periods have been irregular. But she’s putting a positive spin on it: “I’m intrigued by this phase of life. I feel I have stepped into a place of more wisdom,” she says. “I’m not sad that my body is entering into this phase.”

There seems to be more openness about the topic of menopause, which will surely lead to more acceptance and sharing. In November 2018, The New York Times published an opinion piece by writer Lisa Selin Davis urging women and doctors to talk about what’s in store during menopause. Titled “Puberty for the Middle-Aged,“ it struck a chord. It garnered 526 comments and was widely shared on social media. A good friend texted it to me.

“We need to have The Talk, but for 45-year-olds,” Davis writes. “Doctors should speak to their patients about the changes that could lie ahead and how to prepare for them. And we perimenopausal women need to talk to one another, and the rest of the world, about what’s happening.”

Originally published on Next Tribe.