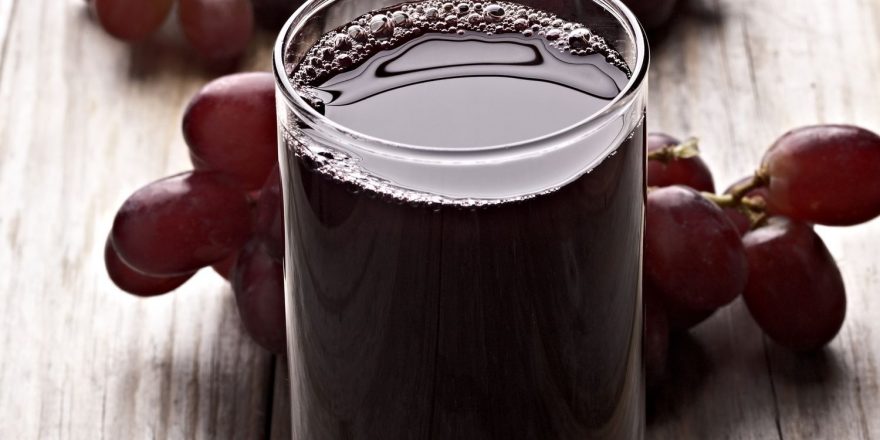 If you’ve ever fallen victim to norovirus — commonly known as the stomach flu or the throw-up bug — you know there’s absolutely nothing worse than pooping and puking your guts out for days.

But if you’ve dealt with it before, you’ll likely deal with it again: Each year, norovirus leads to an estimated 21 million illnesses, 1.9 million trips to the doctor’s office, and 71,000 hospitalizations, according to data from the Centers of Disease Control and Prevention.

And because your chances of catching the bug spike in the winter, you’d likely try anything to avoid it. That’s why multiple reports (mostly from blogger moms) about grape juice’s ability to fend off the violent virus make the rounds each year during cold and flu season.

But as with most Google-able remedies, this one’s not as straightforward as it seems. Read on before you down a bottle of Welch’s.

The thought behind the claim? Grape juice could alter the pH levels in your stomach and prevent the norovirus from multiplying. Plus, thanks to the juice’s anti-viral and antioxidant properties, it might even flush, fight, or kill the virus.

But those theories don’t really live up to the hype. “The pH balance in the stomach is changing at all times depending on what you eat or drink or what time of the day it is. When you drink something acidic, it may decrease pH in the stomach, but that would only be temporarily,” explains Amber Tully, M.D., a family medicine physician at the Cleveland Clinic. Plus, norovirus doesn’t multiply in your stomach, it multiples in your intestines, which naturally has a more neutral pH, she adds.

It’s also worth mentioning that not everyone is susceptible to the 150 circulating strains of norovirus. “There are sub-populations of people who don’t have the right receptors for the virus to attach to, meaning they don’t get sick,” says Schwab. That means that there could be other reasons (besides drinking grape juice) that you didn’t come down with norovirus when everyone else around you did.

While some research conducted in petri dishes has suggested grape seed extract may reduce the chances of a norovirus multiplying enough to causes infection, you’re not getting those chemicals from the seeds when you drink grape juice, says Dr. Tully.

“Human noroviruses are very hard to replicate in a lab setting—and surrogates may or may not reflect what’s going on in the human body,” says Schwab.

Grapes are high in vitamin C, though—and research does show that C is helpful in boosting immunity. Still, to rely on grape juice alone is probably not the way to go.

How Can You Protect Yourself From the Stomach Flu?

Norovirus spreads when you make direct contact with someone who’s sick, down foods or drinks contaminated with virus, or touch surfaces with the virus on it. That’s why washing your hands is the single most important thing you can do to protect your health and the health of those around you, says Schwab.

Scrubbing with soap won’t kill the virus, but it will remove it from your hands if it’s present. Choose a non-antimicrobial soap and skip hand sanitizers, which do not effectively inactivate the virus, he says. Otherwise, wash your fruits and vegetables and be careful about touching other people’s hands or sharing utensils and pens. Keep your distance from infected people.

If someone in your house had norovirus, dilute a household bleach 10-fold to 100-fold (10 to 100 parts water, one part bleach). Chlorine can effectively inactivate viruses like norovirus, says Schwab. Let the bleach sit for at least 30 seconds before wiping it off of surfaces.

What Should You Drink If You Have the Stomach Virus?

Staying hydrated is important because your chances of dehydration are high when sick with the virus. Clear fluids like water, tea, flat ginger ale or broth are your best bets, according to Cleveland Clinic. You’ll want to avoid caffeine, which could make diarrhea worse, and alcohol since it irritates the stomach.

How to Get Rid of the Stomach Flu

Hydration, rest, and a bland diet of foods like bananas, rice, applesauce, and toast are your best strategies, Dr. Tully says. Expect symptoms to last one to three days — and check out our stomach bug survival guide for everything you need to know during the recovery process.