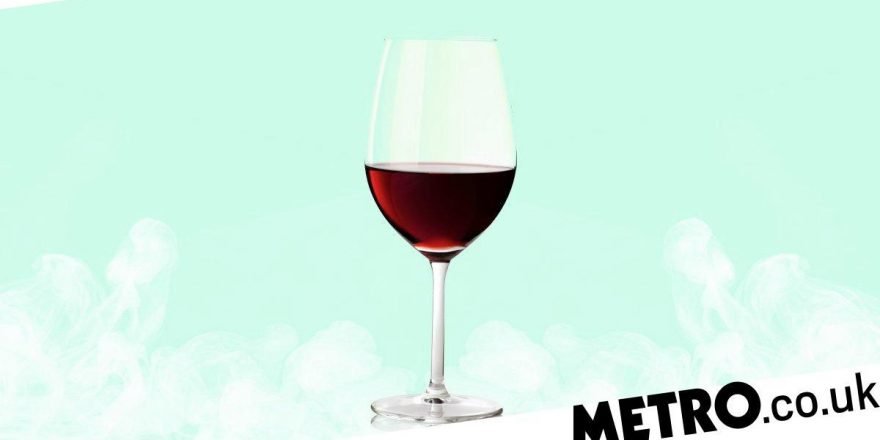 Drinking a bottle of wine is like smoking 10 cigarettes, suggests new research

The researchers aren’t suggesting all this to get you to take up smoking, to be clear, but to raise awareness of the health risks of a casual boozing habit.

Dr Theresa Hydes, who worked on the study, said: ‘It is well established that heavy drinking is linked to cancer of the mouth, throat, voice box, gullet, bowel, liver and breast.

‘Yet, in contrast to smoking, this is not widely understood by the public.

‘We hope that by using cigarettes as the comparator we could communicate this message more effectively to help individuals make more informed lifestyle choices.

‘We must be absolutely clear that this study is not saying that drinking alcohol in moderation is in any way equivalent to smoking. Our finds relate to lifetime risk across the population.

‘At an individual level, cancer risk represented by drinking or smoking will vary and, for many individuals, the impact of 10 units of alcohol (one bottle of wine) or five to 10 cigarettes may be very different.’

Professor Sir Ian Gilmore, chairman of the Alcohol Health Alliance, said: ‘Even at relatively low levels, alcohol can have serious consequences for our health.

How many units are in your drinks?

‘The Chief Medical Officers recommend drinking no more than 14 units a week to keep the risks low but, worryingly, few people are aware of the guidelines.’

The researchers want to be clear, though, that drinking is not as bad for you as smoking. The stats have to be viewed in context.

Jane Green, professor of epidemiology and co-director of the cancer epidemiology unit at the University of Oxford, said: ‘For both men and women in the UK, the lifetime risk of cancer is around 50%.

‘The authors estimate that lifetime risk is around 1% higher for men and women who drink a bottle of wine a week, or who smoke five to 10 cigarettes a week, than for those who neither smoke nor drink.

‘The average UK drinker reports drinking the equivalent of about a bottle-and-a-half of wine a week, and the average smoker smokes about 10 cigarettes a day, or 70 a week.

How many units have I had?

‘This work confirms that, for most smokers, their smoking carries much greater risks for cancer than does alcohol for most drinkers.

‘Moderate levels of drinking are in absolute terms particularly important for cancer risk in women, because they are associated with increased risk of breast cancer, which is very common (lifetime risk of 14%).’

Sophia Lowes, from Cancer Research UK, said: ‘Smoking remains the biggest cause of cancer, so this comparison can be useful to raise awareness of less well-known risk factors like alcohol. It highlights that even low levels of drinking can increase the risk of cancer.

‘Research is clear – the less a person drinks, the lower the risk of cancer. Small changes like having more alcohol-free days can make a big difference to how much you drink.

‘But smoking causes over four times as many cases of cancer in the UK compared to alcohol. If you’re a smoker, the best thing you can do for your health is stop completely, and you’re most likely to be successful using support from your local free stop-smoking service.’

MORE: Spill it: How much a 27-year-old journalist drinks in a week

MORE: Spill it: How much a 45-year-old mother drinks in a week

The daily lifestyle email from Metro.co.uk.