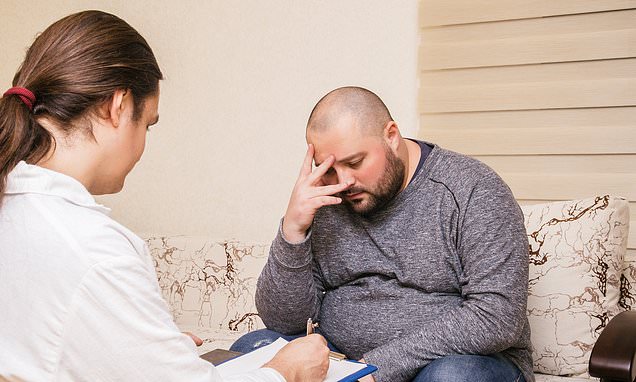 Drug cocktail that wipes out ‘zombie cells’ could prevent anxiety

Senescent cells are alive but non-functioning and have been shown to accumulate in the brains of people carrying dangerous amounts of weight.

To test a long-held theory they may affect mental health, researchers gave obese mice a cocktail of the cancer drug Sprycel (dasatinib) and the plant supplement quercetin – both of which are known to trigger suicide in senescent cells.

After two months, the senescent cells in the rodents’ brains had cleared and been replaced with healthy tissue, with the animals also showing reduced signs of anxiety.

The researchers hope these medications – known as senolytic drugs – may lead to a new way of treating obese anxiety sufferers. 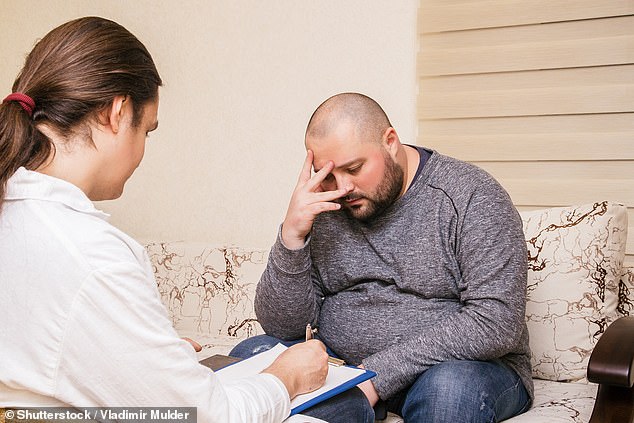 The study was carried out by researchers at the Mayo Clinic and Newcastle University.

It was led by PhD student Mikolaj Ogrodnik, from Newcastle, who is investigating the role of dietary interventions on liver senescence.

Anxiety is a normal part of life that affects different people in different ways at different times.

Whereas stress can come and go, anxiety often persists and does not always have an obvious cause.

Along with depression, anxiety is among the most common mental-health condition in the UK, affecting 8.2million people in 2013 alone.

Around 40million adults suffer from the condition in the US every year.

Anxiety can make a person imagine things in their life are worse than they are or that they are going mad.

Although it evolved as part of the ‘fight or flight’ mechanism in our caveman days to avoid danger, anxiety can be inappropriately activated in everyday life when stress builds up.

It can have a clear cause, such as moving house or having surgery. However, sometimes little life events build up until a person is unable to cope, with anxiety then taking them by surprise.

Physical symptoms can include:

Some psychological symptoms are:

Activates like yoga, exercise, reading and socialising can help to manage anxiety.

Anxiety is a leading cause of depression, poor quality of life and even suicide in obese patients, with no specific treatment being available for those carrying too much weight, the authors wrote in the journal Cell Metabolism.

Senescent cells are semi-dormant, meaning they are alive but not doing their job.

They also prevent surrounding cells from carrying out their usual functions.

Obesity has also been linked to a greater ‘senescent burden’, as well as a higher risk of anxiety, the authors wrote.

They investigated this link by looking at mice that were genetically modified to be at-risk of obesity.

The rodents were either fed a diet where 60 per cent of their calories came from fat or were given a standard eating regimen for two months.

To measure anxiety, the animals were exposed to open spaces to see whether they stayed near the walls or corners of the pen.

The researchers then looked at cells in the region of the mices’ brains known as the lateral ventricle – where new brain cells are made.

Results revealed a higher proportion of senescent cells in obese mice compared to those of a healthy weight.

When both sized rodents were given dasatinib and quercetin, the medications triggered suicide in the senescent cells and the mice’s anxious behaviours were reduced.

The senolytic drugs also removed senescent cells from the rodents’ brains, which were replaced with normal tissue.

When the researchers analysed the mice’s blood samples, they found higher levels of anti-inflammatory markers in the animals treated with senolytic drugs.

Inflammation has been linked to anxiety.

The researchers believe senolytic drugs may be a worthwhile therapy to explore for obese patients with anxiety.

Approved medications include the plant supplement fisetin and the lymphoma drug navitoclax.

But, they stress, further studies are required to determine the specific type of senescent cells involved in the mental-health condition.