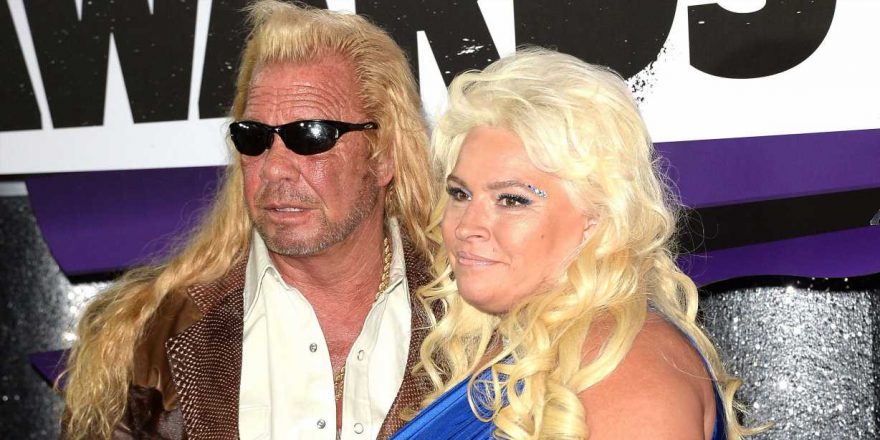 Fans were shocked on Wednesday to learn that Beth Chapman, the wife of Dog the Bounty Hunter star Duane “Dog” Chapman, died while undergoing treatment for throat cancer. Now, her husband is sharing her final words.

Duane spoke to reporters in Hawaii, where he and his family live, on Wednesday and said that his wife’s final words were focused on making sure that her family was okay. This happened just before Beth was reportedly placed in a medically induced coma after she had trouble breathing.

“When she had an attack I didn’t know anything to do but to say ‘in Jesus’ name’ and hold her and when I said ‘in Jesus’ name’ she said, ‘Say it again, say it more,’” Duane told Hawaii News Now. “And then she told the girls and everybody, with her mouth — she came out of it a couple times — ‘I love you’ and ‘Are you guys all okay? Don’t worry,’ but she never accepted it.”

Another bend in the Road yet not the End of the Road .#faith #love #stayhumblepray

Duane said his wife was “so amazing…this is totally unbelievable.” He also added that Beth left notes for him so that he could find them around their home after she died. “Beth was somewhat of a control person—not from the grave but from heaven,” he said. “I’m sure she’s still controlling me and I’ve got notes in my pillowcases, on my sink, in my shaving thing. She’s still telling me what to wear.”

“She did it her way. There’s some things that they predicted that the doctors ended up saying, ‘We’ve never, ever, seen anything like this,’” he said. “Her way was to live. She wanted to live so bad and she fought so long, and the reason she fought, she liked life but she wanted to show people how to beat it and what to do when it got her.”

Duane said that Beth also said cancer was “a test of my faith.” “She had faith and that was it,” he said. “There’s things you go through when you’re dying, like steps like you do when you lose someone, right? You get mad at them, and then you go through all these steps. Well, the last step when you’re dying is to accept it. And she said to me the other day, ‘Honey, that last step, I ain’t taking…’ So go Bethy.”

Duane said his wife’s death “came very unexpected, really fast. All of her clothes were exactly where they were, her makeup, everything. We didn’t prepare.” He then teared up and said this: “It’s just incredible when you walk alone in the bedroom and you’re there and she was there two days ago.”

It’s 5:32 in Hawaii, this is the time she would wake up to go hike Koko Head mountain. Only today, she hiked the stairway to heaven. We all love you, Beth. See you on the other side.

Duane shared with fans on Twitter Wednesday that Beth had died.”It’s 5:32 in Hawaii, this is the time she would wake up to go hike Koko Head mountain. Only today, she hiked the stairway to heaven. We all love you, Beth. See you on the other side,” he sweetly wrote.

Duane vowed on Thursday thathe’s “gonna see my honey again. That’s all we can do is hope.”