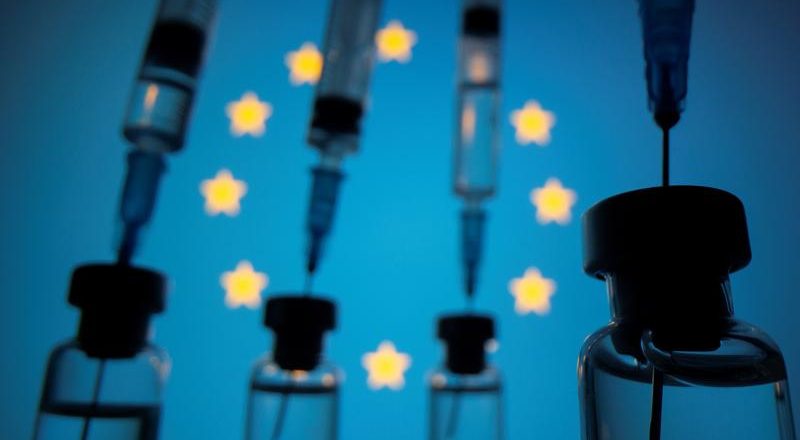 BERLIN (Reuters) – European Union leaders will discuss how to make sure more vaccines are made on European soil since the bloc’s supply problems are more to do with a lack of production capacity than with under-ordering, German Chancellor Angela Merkel said.

“British production sites are manufacturing for Britain and the United States is not exporting, so we are reliant on what we can make in Europe,” she told legislators ahead of an EU leaders’ summit later on Thursday.

“We have to assume that the virus, with its mutations, may be occupying us for a long time to come so the question goes far beyond this year,” she added.

In addition, more work had to be done on ensuring the rest of the world was supplied with vaccines, since otherwise new mutations would keep emerging, some of which might turn out to be vaccine-resistant, Merkel warned.