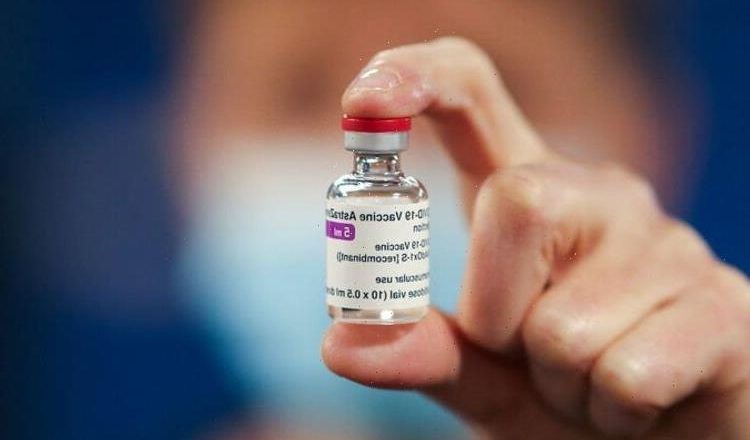 Health officials, by UKHSA plans, would administer the next jab in June and another in autumn. They would make the fourth and fifth doses, following the third provided for everyone in December. The incoming vaccines would come earmarked for older Brits and those with chronic conditions that make them vulnerable to severe sickness.

The new plans shine a light on vulnerabilities in the currently available crop of jabs, as Covid has mutated several times to exploit their weaknesses and work around their protection.

Most authorities have settled on boosters as their primary means out outpacing these mutations, with no news of a lifelong single-dose vaccine on the horizon.

That doesn’t mean one is impossible, however, as experts have outlined how the scientific community could achieve this goal.

Speaking to Express.co.uk, Dr Quinton Fivelman, the chief scientific officer at the London Medical Laboratory, said the answer may lie in a disease that once plagued Queen Elizabeth I.

He said it is possible the smallpox vaccine, the “most successful vaccination of all” could hold the key to a lifetime jab.

Dr Fivelman said: “Smallpox was highly contagious, killed around 30 percent of all people who caught it and left many others (most famously Queen Elizabeth I) with permanent scarring.

“In the 20th century, a worldwide vaccination campaign completely eradicated the disease.”

Dr Fivelman went on to say early research has started incorporating revelations from the smallpox vaccine into a Covid candidate.

He said: “A Japanese scientist, Michinori Kohara, emeritus investigator at the Tokyo Metropolitan Institute of Medical Science, in cooperation with the National Institute of Infectious Diseases, has started developing a ‘lifelong’ jab for COVID-19 based on the research he has done on smallpox.

“He has tweaked the ‘vaccinia’ virus used in the smallpox vaccine to contain the spike protein of the COVID-19 virus.

“It is thought that this will give an extremely effective and safe viral vector for delivering the spike gene.

“If the research proves effective, it could produce neutralising antibodies within a week of inoculation and create the strongest cellular immunity of any vaccine.”

He added: “Other scientists around the world are also trying to develop a lifelong or at least long-lasting jab.

“That would mean we could eventually see the end to annual booster shots.”

The news comes as Covid cases start to fall drastically across the UK.

The latest data shows that positive test rates recently dropped to their lowest since 2021.

While incomplete, figures for March 2 showed that health authorities traced another 23,578 positive cases.

And it shows a significant climbdown from the week before, on February 23, when 36,012 people tested positive.