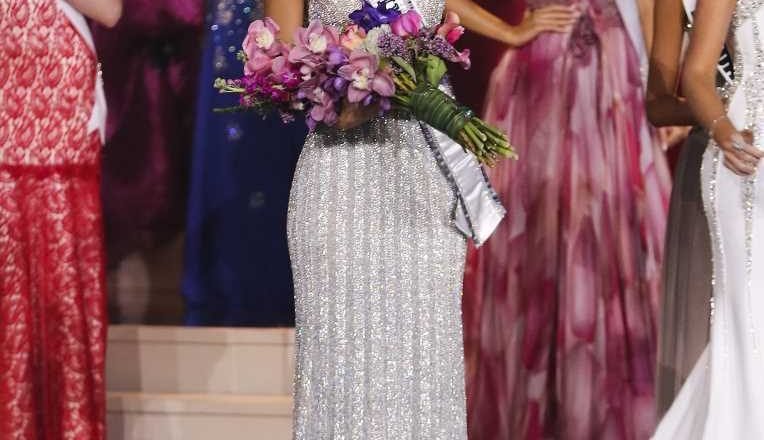 Paulina Vega is reflecting back on a defining moment in her modeling career.

On Tuesday, the model, who was crowned Miss Universe in 2014, revealed on her website that she was previously deemed “plus-size” by a New York modeling agency after she gained 1 kilogram, or 2.2 lbs, in the 18 months following her reign.

What could have been discouraging for Vega, 26, ultimately turned into a moment of reflection, as she explained that the classification led her to prioritize her values and realize that her appearance was not the only thing that mattered.

“Going from ‘skinny’ to ‘curvy’ could have disappointed me. Instead, it inspired me to focus on what I really love to do and build my own path,” she shared. “Above all, it taught me to be true to myself, not to let other people’s ideas typecast me and to choose how I want to live my life.”

Beginning her candid post, Vega said she was three months into her contract with the New York modeling agency and feeling good about her body when they delivered the news that she had “gone up one kilogram.”

“At the meeting they told me that they no longer considered me a model of catwalk and editorial, that I was no longer among the ‘skinny’ and would be classified as a ‘plus-size’ model,” Vega said.

After hearing what the agency had to say, Vega noted that she was not offended but she began to question the standards for models — and whether she wanted to deal with the physical and mental criticism that she so often received.

“It was a ‘wow’ moment. I was not offended to be told ‘curvy’ or to go to another ‘category’, it was about how strange the term PLUS SIZE was (for me or any women that is in a perfect health condition),” she explained. “Under what standards can someone be considered plus size? And who decides those standards?”

It was at that moment that Vega — who spent time raising awareness for social issues after being crowned Miss Universe — realized how her “dreams, passions, and being a better person” were far more important than her appearance.

“Going from that state of constant exploration and growth to being again only judged by my appearance seemed ridiculous to me,” she admitted. “I knew I was not in the right place.”

Because Vega said she loved modeling and it was “a part of who I am,” she never had intentions of throwing it away. Instead, the model vowed to work with brands that aligned with her values and did not require her to “maintain absurd measures.”

“Thus, I have managed to create a balance in my career that makes me feel full,” she explained.

“I believe that physical beauty cannot be everything, it cannot be the focus of your work, your priority, in everything you think and where you direct all your energy. It is not healthy,” she continued. “When I’m 60 years old I’m going to look very different from what I am now and if I just concentrate on that, what will become of me when that beauty disappears?”

Finishing her post, Vega said she finally feels comfortable in her own skin.

“Today I feel happy because I nurture positive vibes and work in healthy environments,” she concluded. “I do not define myself by what changes: the shape of my body or my weight. Today I live according to my standards of beauty and health, and now I feel in the right place.”

Along with the post, the model embraced her appearance by sharing a black-and-white photo of herself on Instagram, in which she wore a one-piece bathing suit on the beach.

In January 2015, Vega beat 87 other contestants from around the world to be crowned the 36th annual Miss Universe.

The Colombia representative knew from early on that her goal was to inspire women by feeling beautiful inside and out.

“When we participate in a pageant we are examples to young and teenage girls,” she told PEOPLE in 2015, shortly after being crowned. “It’s very delicate.”

“I want to demonstrate that it is not the most important thing to be beautiful and have a glamorous life. It’s about feeling beautiful,” she continued. “Become an intelligent, professional, hardworking woman with a great heart. That is the example I want to set.”