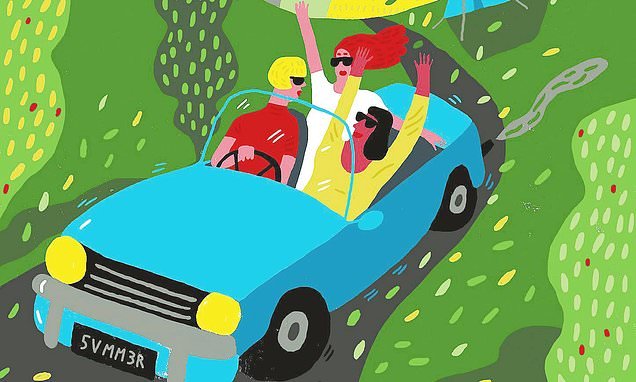 Friends reunited on a trip back to the summer of ’69

Friends reunited on a trip back to the summer of ’69

The other day, I read a quote somewhere online (don’t ask me where because I can’t remember) that said ‘adult friendships are two people saying, “I haven’t seen you in ages – we should hang out more” over and over until one of you dies’.

OK, it’s a bit grim but it made me chuckle because, over the past year I’ve heard from so many people I thought I’d lost touch with – although certainly not forgotten.

For instance, just the other day, my best friends from school, Hodge and Lucinda, suddenly got in touch. It turned out they had both been reading this column.

A few months back, I wrote that I’d been thinking about mortality. Apparently, Alzheimer’s – or The A Word, as I call it – means I have a time limit, although, apart from the various frustrations and confusions that are a fact of life now, I feel fine really. 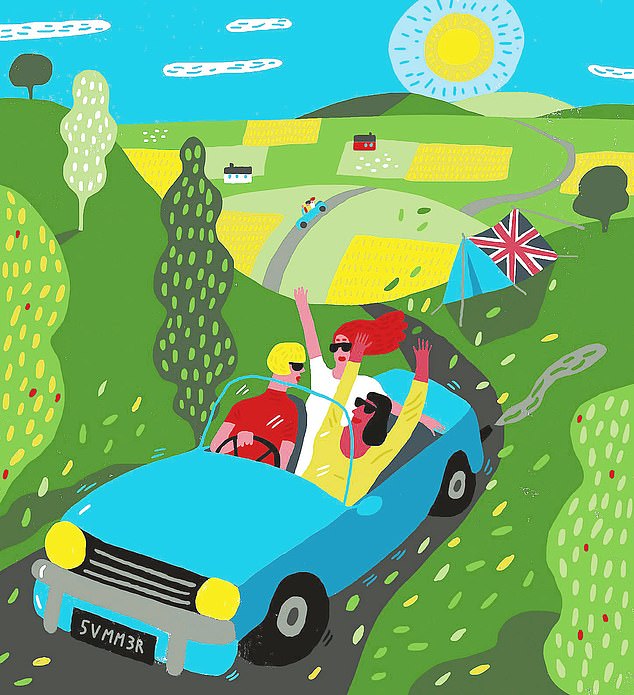 They didn’t say it outright but they were clearly calling me because they were worried that I might not be around for too much longer, so wanted to meet.

I reassured them that I was well, and hoped to be around for some time yet.

So we made a plan to have lunch together. Hodge came all the way from Edinburgh, and Lucinda now lives on the other side of London, so it felt like a real treat. We couldn’t quite put a date on it but we think the last time we were all together would have been the summer of 1969, when we went to see Bob Dylan play at the Isle of Wight Festival.

Back then, I drove my mum’s lovely blue Triumph Herald (I still can’t believe she let me borrow it) all the way from London to Portsmouth, and then on to the ferry.

Our enormous bell-shaped tent was adorned with a Union Jack that we were certain would make us visible from space.

And there was that slogan on all the posters which we loved: ‘Help Dylan Sink The Isle of Wight’. Bob, I read later, hated it.

I remember it all so vividly, which is ironic considering I now often can’t remember what I said five minutes ago. Maybe that’s why I like to reminisce; the old memories are what I have now, since I don’t seem to be retaining as many new ones.

The other big news – which has meant a few more trips down Memory Lane – is that at the moment we’re having the house decorated, which I’m not enjoying one bit. It was last done in 1981, so I suppose it’s necessary.

It’s going to look fantastic, and my husband Chris is really getting his teeth into it.

But I hate change. Always have. And everything is in boxes so I don’t know where anything is. I find the experience disturbing.

On the plus side, in all the boxing up and moving, we’ve unearthed lots of old photos from the 1960s and 1970s, including, coincidentally, several of me with Lucinda and Hodge.

Anyway, my point is, as odd as it does feel when you know people are calling you because they think you might soon pop your clogs, I was thrilled to see them.

Similarly, I was so pleased when, a few months ago, I had another ‘old friends’ event: a gathering of my ex-boyfriends, who all decided to take me out to dinner – and each of whom had a tale to tell of how we got up to no good at some point.

Is there a silver lining to life with the A Word? Maybe it’s the fact that I get to see more of my good friends.

I’ve spent so much of my life working and being too busy to see anyone. I loved my job, but I suppose at the end of the day it’s people who are the most important thing.

Today, things are simpler. I walk my Tibetan terrier Benny and meet up with people on Clapham Common in South London.

I’ve told most of them about my Alzheimer’s. So if I start to say things that don’t make sense, they roll their eyes and ask me what I’m going on about – and we laugh about it. I just say: ‘Oh, you know what my brain is like.’

And now I’m also getting to spend time with those people to whom, over the years, I’ve said ‘we should hang out more’, but never managed to.

My message is this: if there is someone you want to spend time with, don’t hang about, just do it. Don’t wait until one of you dies.

Yes, you might have to do the shopping, pick up the kids, file that tax return, not be late for work or late home afterwards. Of course all of those things have to be done.

But having fun is just as important. And it’s the fun stuff, not the paperwork, that we end up remembering for ever.