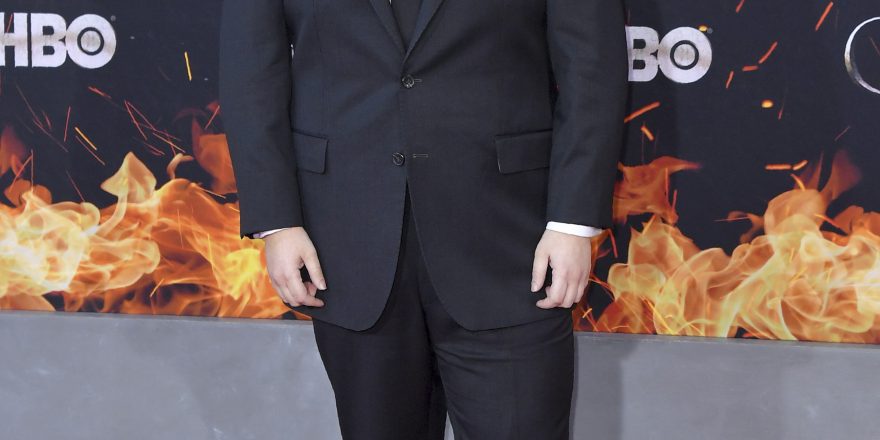 Game of Thrones actor John Bradley says that playing Samwell Tarly on the hit HBO series inspired him to think differently about how he viewed his weight, and helped him become more comfortable in his own skin.

Bradley, 30, was a guest on Conan Monday, and host Conan O’Brien explained he’d been inspired by a speech Bradley gave at a cast wrap party in Belfast that covered the topic.

“The gist of it was that as somebody who grew up overweight and kind of unhappy because of it, and thinking that, you know, life is gonna pass you by because of it,” Bradley said. “And all the times where you just kind of go to bed and you think, ‘I’d give anything to wake up and not have this weight.’ ”

The actor then said it was a welcome, if surprising, feeling to realize that the show’s producers David Benioff and Dan Weiss were looking for someone just like him to play Samwell.

“They were looking for exactly me and it was not just a case of, they were going to accept all what I consider to be faults about myself. But they’re going to see them as virtues, and they’re going to be my key into this amazing experience, and meeting all these amazing people,” Bradley said.

“If I’d have known that they were looking for me and what kind of effect that was going to have on the rest of my life, then I just wouldn’t have been able to believe it,” he added.

It’s not the first time Bradley has candidly discussed his weight with O’Brien; in 2015, the actor revealed he once shut down a fan who approached and fat-shamed him on a London street.

“He said, ‘I’ve just been wondering, why are you still so fat?… I just don’t believe it. You’re right up north, you’re not eating anything, you’re trekking across landscapes and running from things all the time. You should be losing weight,’” Bradley recalled as his costars laughed. “And I said, ‘OK, look. This is a fantasy show. We’ve got fire-breathing giant dragons, we’ve got ice zombies, we’ve got a woman giving birth to a cloud – why is it me still being fat that you just don’t buy?’ ”