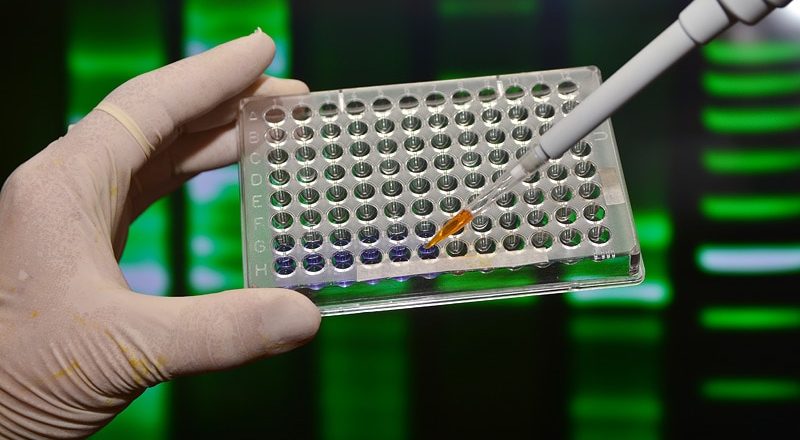 A new hereditary test can determine whether a cancer-disposing gene was inherited from a patient’s father or mother without the need for parental DNA, potentially improving disease screening and management.

“The presence of parental imprints in regions of the genome has been known for a long time,” study author Peter Lansdorp, MD, PhD, of the BC Cancer Research Centre in Vancouver, Canada, told Medscape Medical News. In addition, the ability of a specific sequencing technology (Strand-seq) to generate a set of DNA variants that tend to be inherited together from a single parent has been documented in several studies.

“That these two pieces can be put together to assign alleles in a patient to one of the parents without studying the DNA of the parents is a major advance,” said Lansdorp.

Principal author Steven J.M. Jones, PhD, associate director of bioinformatics at BC Cancer Research Centre, explained, “For directing cascade genetic testing, the test could be used almost immediately, even as a research test. It just guides which side of the family to focus familial genetic testing efforts on and is internally validated by the patient’s variant and later confirmed by clinical testing in the family.”

Directing cascade genetic testing to one side of the family over the other could speed time to diagnosis of more carriers and allow for more efficient use of genetic counseling resources, Jones added, especially when parents are deceased or unavailable.

The study was published online December 21 in Cell Genomics.

Determining a parent of origin (PofO) for hereditary variants “is essential to evaluate disease risk when a pathogenic variant has PofO effects, that is, when a patient’s risk of disease depends on from which parent it is inherited,” the authors write. An example is hereditary paraganglioma-pheochromocytoma syndrome as a result of pathogenic variants in SDHD or SDHAF2 genes. Individuals with the variants are at high risk of developing certain cancers, but only if a defective gene is inherited from their father. If inherited from their mother, there is no increased risk.

The team used five human genome “trios” — two parents and the proband (the first person in a family to receive genetic testing or counseling for a suspected hereditary risk) — to pilot the approach. They showed that the method can correctly identify the PofO with an average mismatch error rate of 0.31% for single nucleotide variants and 1.89% for insertions or deletions (indels).

“We will need to validate this technology for different genes in real-world samples from individuals of diverse backgrounds,” said Jones. The first step is to validate the technology in scenarios with immediate clinical utility, like with SDHD, where lifelong medical management is affected by knowledge of whether the variant was inherited from the mother or father.

“We would also like to quickly validate this for common hereditary cancer genes, like BRCA1, BRCA2, and Lynch syndrome-associated genes, where prediction of PofO may improve low rates of genetic testing in family members by providing more accurate estimates of their risk to carry the familial variant.”

Challenges to moving the test to the clinic, Jones said, include scaling up the technology, demonstrating clinical and economic utility compared with existing testing approaches, “and familiarizing clinicians with a new type of test that will routinely give this added dimension of information.”

Pathologist Stephen Yip, MD, PhD, of the Vancouver Coastal Health Research Institute in Canada, commented on the study for Medscape. Yip was not involved in the study but disclosed that he collaborates with the authors on other grant-funded projects.

“This is a tremendously promising technology that has immediate practical implications in the investigation of PofO of a pathogenic locus, particularly when genetic material is available only from the proband,” he said.

However, “rigorous validation against the current gold standard of short-reading, next- generation sequencing of trios is needed prior to clinical deployment,” he said. “This will take time and effort. However, the promise of this technology is worth the effort.

“Also, there is the possibility of uncovering novel genetics during testing, which could present an ethical dilemma,” he noted. “A robust consenting and ethical framework and early involvement of an ethicist would be helpful.”

Research in the Lansdorp laboratory is funded by the Terry Fox Research Institute, the Canadian Institutes of Health Research, the Canadian Foundation for Innovation, and the government of British Columbia. Lansdorp, Jones, and Yip report no relevant financial relationships.