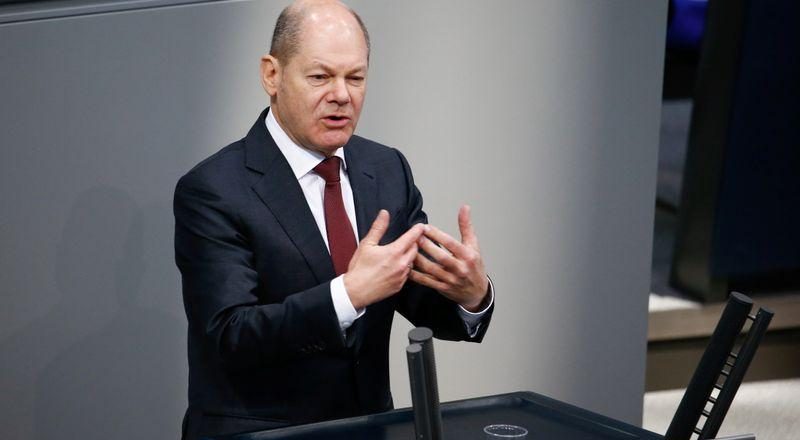 BERLIN (Reuters) – German Finance Minister Olaf Scholz said on Saturday he was angry that more COVID-19 vaccines were not ordered last year as EU chief executive Ursula von der Leyen renewed her defence of the European Commission’s record on rolling them out.

EU countries have so far given first doses to just under 4% of their populations, compared with 11% for the United States and almost 17% for Britain, according to Our World in Data. Von der Leyen has been under fire for the EU’s slow rollout.

“I’m angry about some of the decisions that were taken last year,” Scholz told BBC radio’s Today programme. “I think there had been the opportunity to order more of the vaccines.”

Asked about von der Leyen’s responsibility for the slow rollout, Scholz, speaking in English, replied: “I think it is necessary that anyone learns the lesson, and this is also (true) for Europe. I think the European Union is strong.”

Scholz, a Social Democrat, and von der Leyen, a Christian Democrat, served together in Germany’s ruling coalition until 2019, when she quit to take over as European Commission president.

In an opinion piece to run in Sunday’s Frankfurter Allgemeine Sonntagszeitung, von der Leyen said it was misleading to say that sealing vaccine contracts earlier would have speeded up their delivery.

“The bottleneck lies elsewhere. Producing a new vaccine is an incredibly complex business,” she wrote, adding that “among the hundreds of components needed, important ingredients are in short supply worldwide”.

Describing the fight against the virus as “not a sprint, it is a marathon”, von der Leyen added that “mutations worry us”.

“We need to prepare today for a scenario in which the virus can no longer be sufficiently suppressed with current vaccines,” she said.