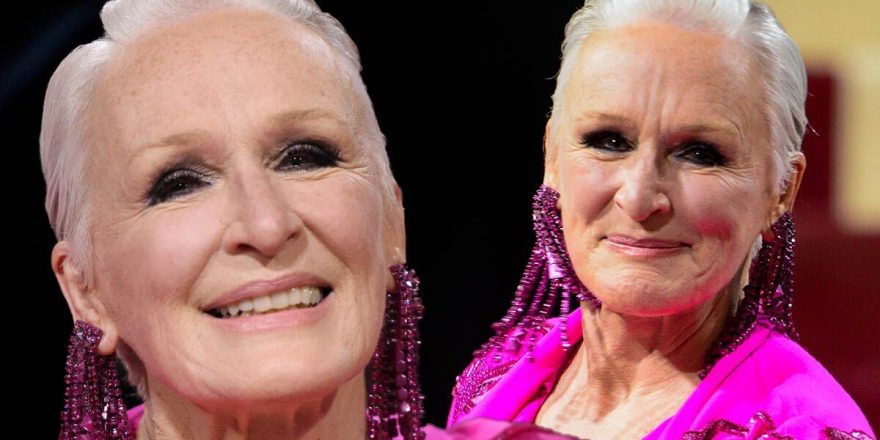 Glenn Close mental health: Actress on her ‘daily dose of antidepressants’ – ‘It helps’

During her mission to end the stigma surrounding mental illness, the actress, who is best known for her roles in Sunset Boulevard and Disney’s 101 Dalmatians as the infamous Cruella de Vil, revealed her own battles with mental health, what she called “low-grade depression”. The revelation came as Close opened up about helping her sister and nephew, who both suffer from a schizo-affective disorder. As a way to support her family, Close started Bring Change to Mind, a charity that creates campaigns, curates storytelling movements, and develops youth programmes to encourage conversation around mental health.

“Most families are dealing with some aspect of mental health,” Close said back in 2021. “When my sister Jess came to me and said, ‘I need help because I can’t stop thinking of killing myself,’ it was like a bolt out of nowhere.”

Reflecting on their childhood together, Close went on to explain that she saw how distressed her sister was. She added: “When you look back, I saw evidence of Jessie’s mental distress when she was very young.

“She would rub her fingers… when she was anxious, until it was raw, sometimes bleeding. And now, that would be a major red flag.”

Growing up with her sister, as well as helping her nephew Calen who was also diagnosed in 2001, has had an effect on Close personally, so much so that she takes medication.

She went on to say: “I wouldn’t label myself as a depressed person, but I think what I’ve lived with probably a good portion of my life is a low-grade depression that can sometimes feel like a mist or like there’s a veil over you.

“I take a daily dose of antidepressants and it helps, it really helps. I’m just not afraid to talk about it…

“For me, it’s part of being a human being. It’s part of the human condition.”

Understanding the importance of mental illnesses, which Close labelled as a “chronic illness”, she said: “It’s not who you are. It’s something, because we have this amazing, wondrous, fragile brain, it’s part of being a human being.”

Close’s charity, Bring Change to Mind, explains that a mental illness affects the brain, with one in four adults experiencing some form of illness including depression, bipolar disorder, schizophrenia and post-traumatic stress disorder (PTSD) during their lifetime.

The most common mental health conditions affecting adults and young people in England are depression and anxiety. In fact, during the course of the COVID-19 pandemic, there was a 25 percent increase in the prevalence of both of these conditions.

The World Health Organisation (WHO) explained that one of the major reasons behind this increase was the unprecedented stress caused by social isolation, and the constraints on people’s ability to work, seek support from loved ones and engage in their communities.

Furthermore, loneliness, fear of infection, suffering and death for oneself and for loved ones, grief after bereavement and financial worries were also cited as stressors leading to anxiety and depression.

Depression is a low mood that lasts for an increasingly long time, usually affecting an individual’s everyday life. Although every individual differs, for those suffering from depression in its most severe form, they can become suicidal.

Commonly, other symptoms of depression can include:

This differs slightly from anxiety which is when individuals feel worried, tense or afraid in everyday situations or for no apparent reason. If anxiety impacts your everyday life and stops you from doing something, it might be a problem.

Common symptoms of anxiety, can include the following:

Like Close so strongly advocates for, ridding stigma attached to mental health as well as supporting those affected through treatment is the best way to overcome any form of mental illness.

For example, talking therapy is one of the main ways to treat both anxiety and depression. Therapies like cognitive behavioural therapy (CBT) focuses on how thoughts, beliefs and attitudes affect feelings and behaviour. It then teaches individuals coping skills for dealing with different problems.

Antidepressants can also be used to treat symptoms of depression and other mental health conditions. These typically work by boosting the activity of particular brain chemicals, or making the activity last longer. This includes noradrenaline and serotonin, which are thought to be involved in regulating your mood.

However, antidepressants don’t work for everyone. As there is no scientific evidence that depression is caused by a chemical imbalance which is corrected by antidepressants, other forms of treatment might work better for others.