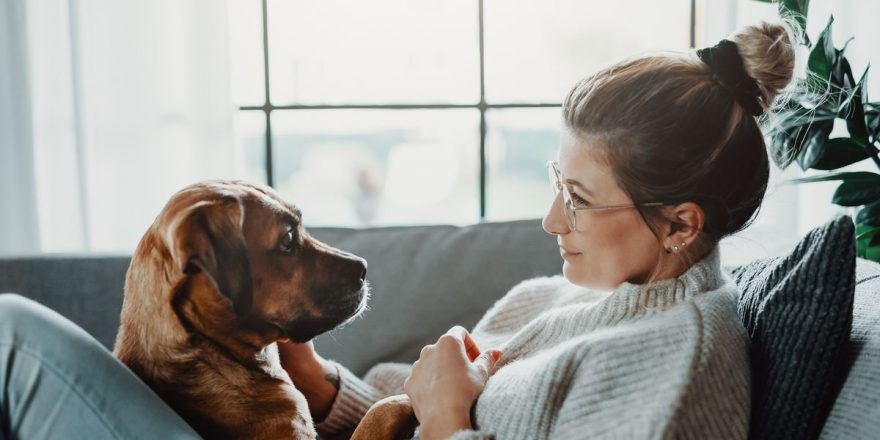 It turns out that friendly displays of affection from your dog might not be best for your health.

Dogs lick their owners to express their adoration as this is usually how their mothers showed them love when they were puppies.

Research has also adorably shown that endorphins are released in a dog's brain when they show us affection.

So, how could we possibly deny our furry friends the opportunity to show us a bit of love? That is one of the reasons we have them, after all.

We aren't the only things our dogs lick, though, and we would do well to remember that next time they show us affection in the heartwarming way that they do.

You might feel a bit mean, as your dog will not understand why you are turning your face away all of a sudden, but there are good reasons to avoid a friendly lick

Here is a list of some of the things to think about the next time your dog licks you.

Ever had to drag your dog away from something suspect, that's lying on the ground when you walk them? Chances are, the dog is smelling what one of his four-legged mates has left behind for it.

This is also a reminder for every person to pick up their dog's poo, instead of lazily leaving it in the park for some brand box-fresh trainers to earn themselves some brown stripes.

Be reminded that if your dog is exposed to this in a park or on a walk, the chances are that your pooch is going to investigate to try and find the source.

Their curious nature means your dog may not have a clean mouth and nose after all.

Believe it or not, a friendly kiss from your pup could leave you with harmful parasites.

Dog and Cat Behaviourist Russell Hartstein told Bustle: "A dog’s mouth is not any cleaner than a human’s mouth and in many cases may be more dirty and harmful due to the parasites that inhabit it."

One bacteria, canimorsus, is found in dogs' mouths and has caused disease in humans with weak immune systems.

There is a common myth that your dog's saliva can have healing properties. Don't try this, for any open wounds you have, you should seek the appropriate medical assistance.

Keep it below the face

University of California vet Bruno Chomel told The Guardian: "Overall, it is not great to get licked on the face and over any kind of wound. Immunocompromised people, elderly people and young children should prevent such exposure."

Chomel also pointed towards an instance of a man who had a burst eardrum. His dog licked his ear and gave him meningitis.

There is nothing to suggest that your dog licking your face often is going to cause you any huge health problems unless you are really unlucky.

They don't have to lick you

Dogs are great. Their nature means that they often are pretty chilled out and, unlike humans, are unlikely to hold grudges. They won't remember you turning your face away as long as you take good care of them and give them lots of pets.

Petting dogs is good for our own health, too, so giving them plenty of love in return releases endorphins for both the owner and man's best friend.

Research into the effects of petting a dog was analysed and it found that students who were given 10 minutes playing with a dog had the amount of the stress hormone, cortisol, reduced.