Home » Health News » Heart attack: Why an increase in blood pressure when you stand could be a major risk facto 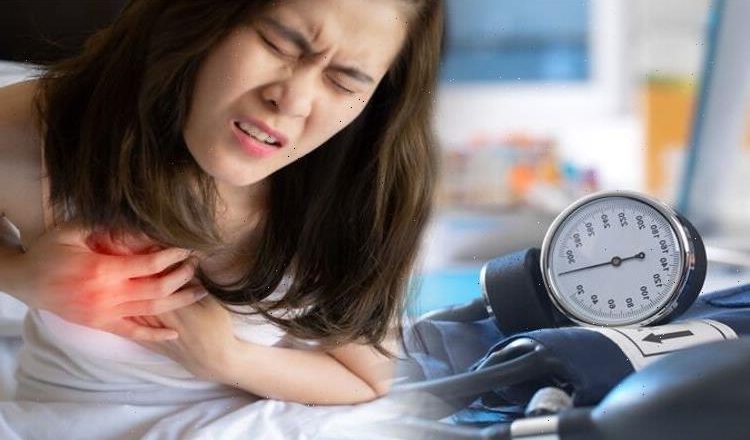 Heart attack: Why an increase in blood pressure when you stand could be a major risk facto

What's the difference between a heart attack and cardiac arrest?

Heart attacks are life-threatening events in which the supply of blood to the heart is suddenly blocked. Heart disease is the leading cause of emergencies like this. High blood pressure and heart attacks are known to go hand in hand, but a new study have found another interesting link which could be a major risk factor.

Among young and middle-aged adults with high blood pressure, a substantial rise in blood pressure upon standing may identify those with a higher risk of serious cardiovascular events, such as heart attack and stroke, according to new research published in the American Heart Association’s peer-reviewed journal Hypertension.

However, in this study, researchers assessed whether the opposite response – a significant rise in systolic blood pressure upon standing being a risk factor for heart attack and other serious cardiovascular events.

The investigators evaluated 1,207 people who were part of the HARVEST study, a prospective study that began in Italy in 1990 and included adults ages 18-45 years old with untreated stage 1 hypertension.

None had taken blood pressure-lowering medication prior to the study, and all were initially estimated at low risk for major cardiovascular events based on their lifestyle and medical history (no diabetes, renal impairment or other cardiovascular diseases).

At enrolment, six blood pressure measurements for each participant were taken in various physical positions, including when lying down and after standing up.

The 120 participants with the highest rise (top 10 percent) in blood pressure upon standing averaged an 11.4 mm Hg increase; all increases in this group were greater than 6.5 mm Hg.

In some analyses, the development of atrial fibrillation, an arrhythmia that is a major risk factor for stroke, was also noted. Results were adjusted for age, gender, parental history of heart disease, and several lifestyle factors and measurements taken during study enrolment.

The study found people in the group with top 10 percent rise in blood pressure:

Had lower systolic blood pressure when lying down than the other group (140.5 mm Hg vs. 146.0 mm Hg, respectively), yet blood pressure measures were higher when taken over 24 hours.

“This finding may warrant starting blood-pressure-lowering treatment including medicines earlier in patients with exaggerated blood pressure response to standing,” said Dr Paolo Palatini, lead author of the study and a professor of internal medicine at the University of Padova in Padova, Italy.

“The results of the study confirmed our initial hypothesis – a pronounced increase in blood pressure from lying to standing could be prognostically important in young people with high blood pressure.

“We were rather surprised that even a relatively small increase in standing blood pressure was predictive of major cardiac events in the long run.”