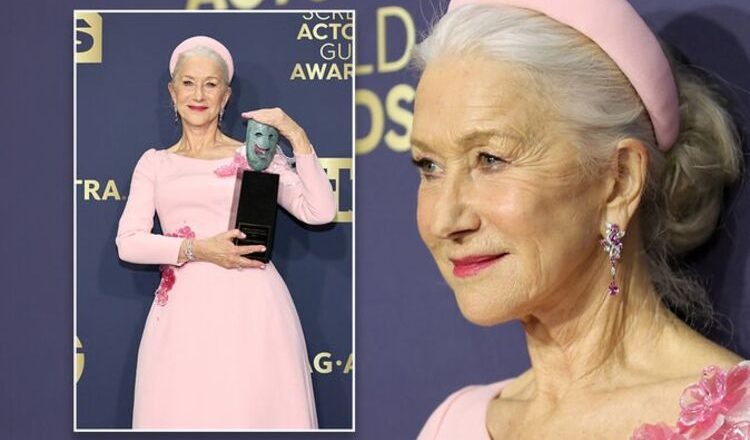 Fibre: Why it is a key part of a healthy diet

Dame Helen shows no signs of slowing down. The British actress has a Triple Crown of Acting, an Academy Awards and an Emmy for her portrayal of Queen Elizabeth in the 2006 film The Queen. In October she even strutted around the L’Oreal fashion runway at Paris Fashion Week.

In a recent interview with Vogue, the star revealed how she stays on top of her health.

The keys behind her vitality aren’t anything secretive–although not everyone will fancy a go at her favourite Canadian military workout regime.

Talking about the workout, she said: “It’s an exercise regime that starts from very low and easy, then if you follow it though, it can become quite difficult.

“Nothing extreme, but you need to do it every day. That’s a great start, because it’s all to do with taking control of yourself.

“I’m incredibly lazy and if I can avoid doing it, I will, but every now and then I pull myself back and do what I know works.”

The regime, also known as “The Official RCAF Fitness” plan is available as a book from Amazon.

Intense exercise has several benefits for the body.

It is widely accepted by scientists that it can increase your immune response to infections.

One study by the British Journal of Sports Medicine found that “routine activity” may protect people who get COVID-19 from becoming seriously ill.

Dame Helen also offered advice on the mental side of things as well.

She said: “You should be open to opportunity. Chat [with] people and be as open as possible.

“It’s a very good idea, occasionally, to look at the world as a child or foreigner and witness your own environment.

“Imagine you’re seeing it for the first time and try and experience the magic in it–because there is magic in every environment. All it needs is to be seen with fresh eyes.”

Although Mirren admitted that she’s “the first one at the fish and chips”, she also noted the importance of diet.

“Take control of your diet and find what makes you feel good,” she said.

“I’m the first one at the fish and chips, but what you’re putting inside your body does influence how you feel about yourself, so start there.”

Alongside exercise, healthy nutrition can protect you against all sorts of diseases.

A healthy diet, according to the World Health Organisation, includes a combination of different foods.

The body recommends the following: