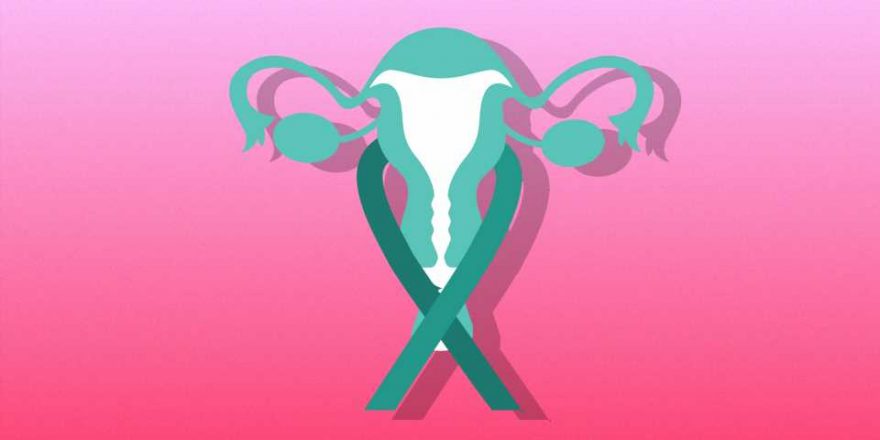 Here's how to keep an eye out for cervical cancer

In the days before the Pap test became a routine part of your annual OB-GYN appointment, cervical cancer was one of the leading causes of death of American women, according to the American Cancer Society. Even today, the ACS estimates that about 13,240 new cases of invasive cervical cancer will be diagnosed, and about 4,170 people will die from it.

Thankfully, though, advancements like the Pap test and vaccine for the human papillomavirus are helping with early detection and increasing cervical cancer survival rates. But for the other 364 days each year when you’re not at the OB-GYN’s office, it’s important to be aware of the symptoms of cervical cancer. Unfortunately, most early-stage cervical cancer doesn’t produce any symptoms, so once you start to notice them, it’s a good idea to see a doctor right away. Here are the signs of cervical cancer that you might miss:

One of the main signs of cervical cancer is abnormal bleeding, according to Dr. Stephanie V. Blank, a gynecological oncologist and professor of gynecologic oncology in the department of obstetrics, gynecology and reproductive sciences at the Icahn School of Medicine at Mount Sinai and director of Women’s Health at Mount Sinai Downtown, Chelsea Center. This includes bleeding after sex and bleeding between menstrual periods. If you’re experiencing these symptoms, she says you should see a doctor for an exam. However, “if it comes monthly at a predictable time,” it is likely related to menstruation, she tells SheKnows.

If you notice watery, pink and/or bloody vaginal discharge — and aren’t used to seeing it — it may be a sign of cervical cancer, according to the Mayo Clinic. This discharge may also be heavy and have a foul odor. It can turn up between periods or after menopause, so always be aware of any unusual discharge, the ACS says.

Experiencing pain in your pelvis isn’t normal, and may be a sign of cervical cancer, the Mayo Clinic says.

There can be a lot of reasons for pain during penetrative sex, and unfortunately, cervical cancer is one of them, the ACS explains.

The first step in the process of getting a cervical cancer diagnosis is through a Pap smear, which Blank explains is used to determine if the person needs a closer inspection of their cervix and a biopsy. The actual diagnosis happens through the biopsy — sampling a piece of tissue.

The people most at risk for cervical cancer are smokers, anyone who is immunocompromised, people with a history of high-risk HPV and high-grade dysplasia, as well as people who do not practice safer sex, Blank says, emphasizing that the best prevention for cervical cancer is the HPV vaccine.

The HPV vaccine is covered by health insurance until age 21 in boys and age 26 in girls, Dr. Susan Maples tells SheKnows. “Contrary to what you may have heard, if you are beyond the covered benefit age for vaccination, you can still act as your own health advocate,” she adds. “If you’re willing to spend $200 to $300 out of pocket, you can get vaccinated at a local pharmacy.”

So, what can we do to help prevent cervical cancer? First, Blank stresses the importance of getting all doses of the HPV vaccine “prior to sexual debut.” In addition to that, using condoms during penetrative sex, refraining from smoking, eating healthily, sleeping enough and taking care of yourself are all a good idea — both for helping to prevent cervical cancer and for health in general.