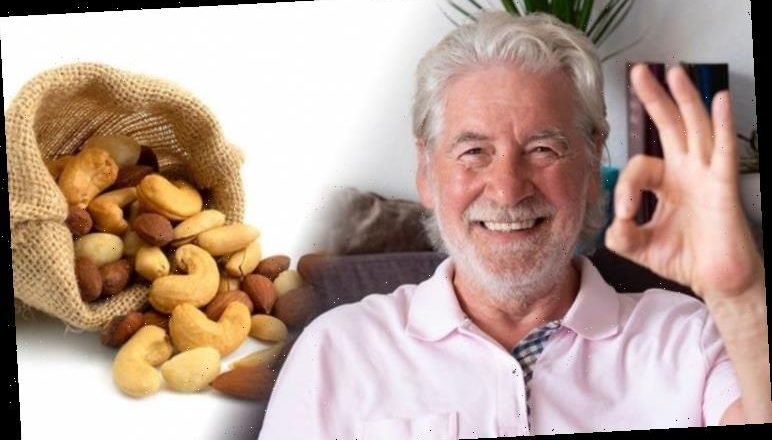 It’s likely that you’re unaware if you have high blood pressure unless the doctor has told you so. This is because there are no obvious outward symptoms of the condition. Yet, you have the power to lower your blood pressure readings.

To illustrate, the national health body says that an ideal blood pressure is usually considered to be between 90/60mmHg to 120/80mmHg.

The first number (systolic blood pressure) measures the force at which your heart pumps blood around the body.

The second number (diastolic blood pressure) indicates the resistance to the blood flow in the blood vessels.

High blood pressure is considered to be 140/90mmHg or higher – and this is a serious health risk.

Persistent high blood pressure, also known as hypertension, can weaken arteries, enabling a section of its wall to enlarge and form a bulge (aneurysm).

An aneurysm has the potential to rupture and cause life-threatening internal bleeding. 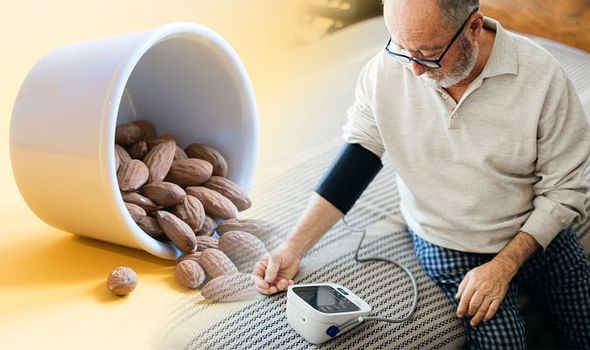 The Department of Nutritional Sciences, at The Pennsylvania State University, investigated the effects of one nutty treat on cardiovascular health.

They confirmed that nuts have been shown to reduce low-density lipoprotein (LDL) cholesterol by up to 19 percent.

When LDL cholesterol collects in the arteries, it makes the arteries narrow and restricts blood flow.

The overall effect of too much LDL cholesterol in the blood results in higher blood pressure.

This is because the heart will need to work harder to get the blood to the extremities of the body, as the LDL cholesterol will be in the way.

However, a reduction in LDL cholesterol – especially as significant as 19 percent – means there is more room for blood to flow through the arteries.

This would mean the heart wouldn’t need to pump as hard for the blood to reach every part of the body, thus reducing blood pressure.

In particular, the researchers noted that “almonds have been found to have a consistent LDL cholesterol-lowering effect”. 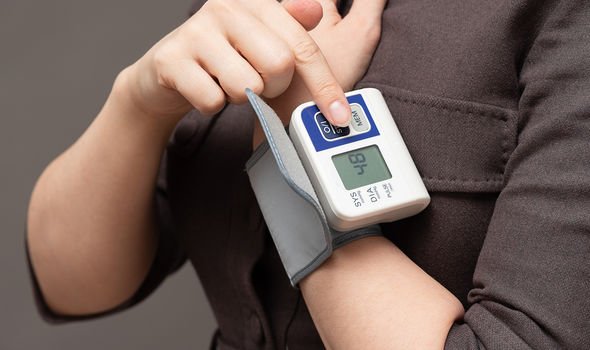 Supporting this finding, the Endocrinology and Nutrition Service at the Hospital Clinic in Barcelona agreed.

Their research team stated nuts, such as almonds, have demonstrated “a cholesterol-lowering effect”. 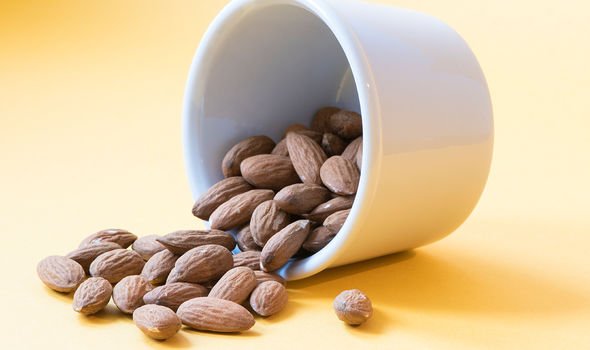 In addition, nuts have been shown to “beneficially impact other cardiovascular risk markers, such as blood pressure”.

So much so, that the consumption of nuts “is associated with a 30 percent reduction in cardiovascular diseases”.

High blood pressure has been strongly linked to cardiovascular diseases, such as coronary heart disease.

Coronary heart disease can lead to other health consequences, such as angina, heart attacks and heart failure.